League - Wiltshire Football League Premier Division
Saturday, October 4th, 2003, 3:00 PM Although Trowbridge dominated the match, Warminster defended well to keep the scoreline goalless at halftime. The best chance for Trowbridge was a shot from Dave Percival that went just wide after 25 minutes. The one chance created by Warminster was shot straight at Craig Guthrie, the Trowbridge goalkeeper. The excitement came at the start of the second half with two goals in two minutes. Trowbridge attacked straight form the kick off with a ball played towards the right wing and the subsequent cross, allowed Dave Mitchell to set up Percival to head home. Waleed Bakali then made it two after controlling the ball well and scoring with a fine shot from outside the penalty area. Warminster rarely attacked and a third goal looked likely. This came after 57 minutes. A corner from Adam Nunn was punched by the goalkeeper only as far as Dave Mitchell who found the net with a volley via a deflection. Mitchell nearly scored again with 10 minutes remaining. A superb shot from 30 yards that went just wide would have graced any TV screen. With time running out Trowbridge added a fourth following a good advantage played by the referee. With Mike Little down injured, Guy Rowley's shot rebounded form the goalkeeper and Dave Percival followed up to score. Dave Mitchell made it five in the last minute running through unmarked to score and complete a fine victory. 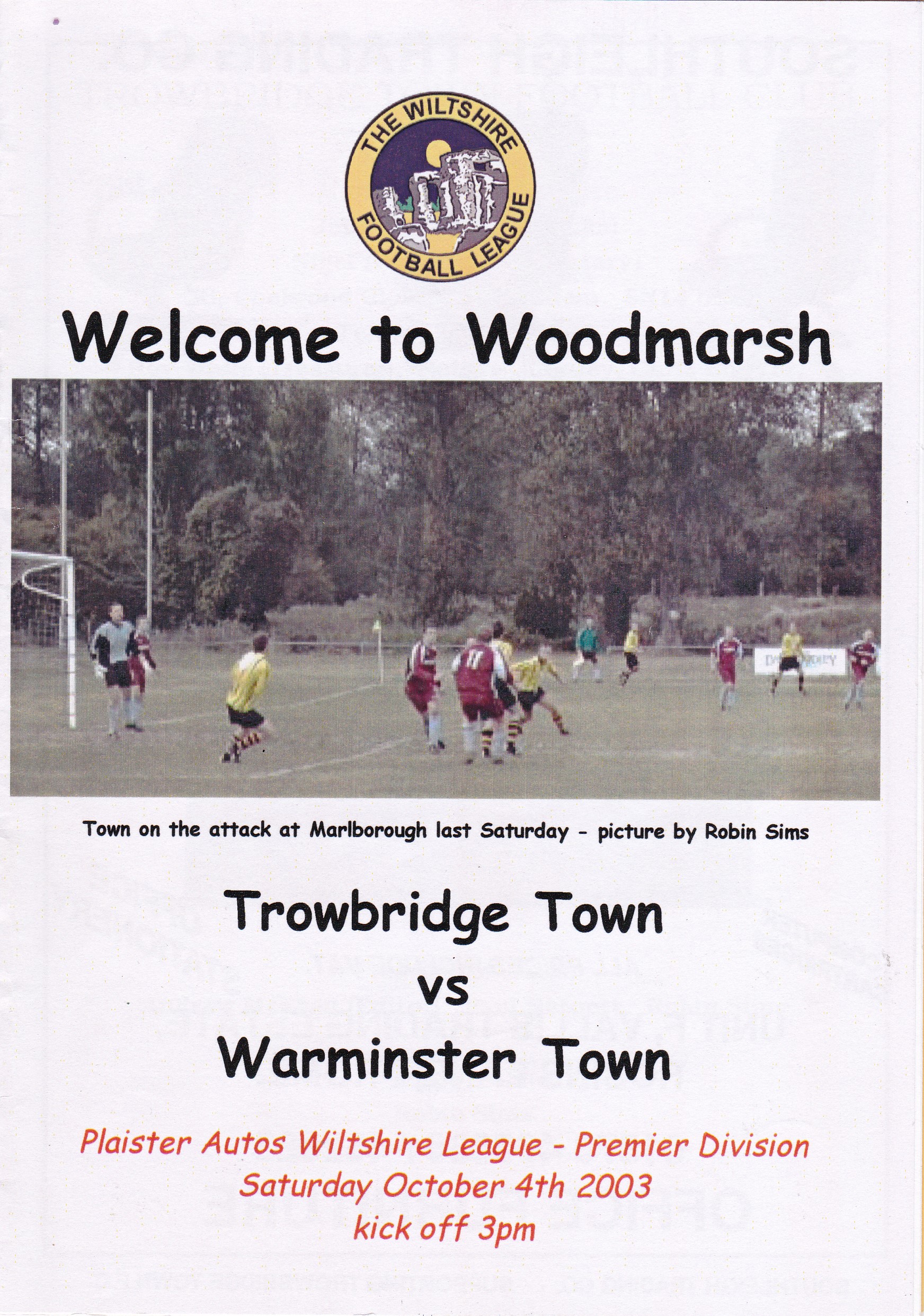