League - Wiltshire Football League Premier Division
Saturday, November 22nd, 2003, 2:15 PM Trowbridge increased their lead at the top of the table to 4 points with a second win against Biddestone in as many weeks. Top scorer Dave Percival gave Town the lead after 6 minutes with a good finish following a cross from the left wing. Gavin Eyre made it two after 18 minutes. Controlling the ball with one touch and striking a low shot into the net from just inside the penalty area. In the early stages of the second half there were chances for both sides. First Adam Nunn shot straight at Kevin Read and then Craig Guthrie did well to keep his concentration as a bouncing ball went past everyone and he dived to catch the ball with his right hand. The best move of the second half started with Mike Little bringing the ball forward from his own half and passing the ball down the right to Dave Percival. Unfortunately when Percival crossed for Waleed Bakali he was just offside. Biddestone fought well at times although never looked like creating enough opportunities to worry Trowbridge. They did have a shot cleared off the line with 5 minutes remaining but overall this was a comfortable victory for the league leaders. 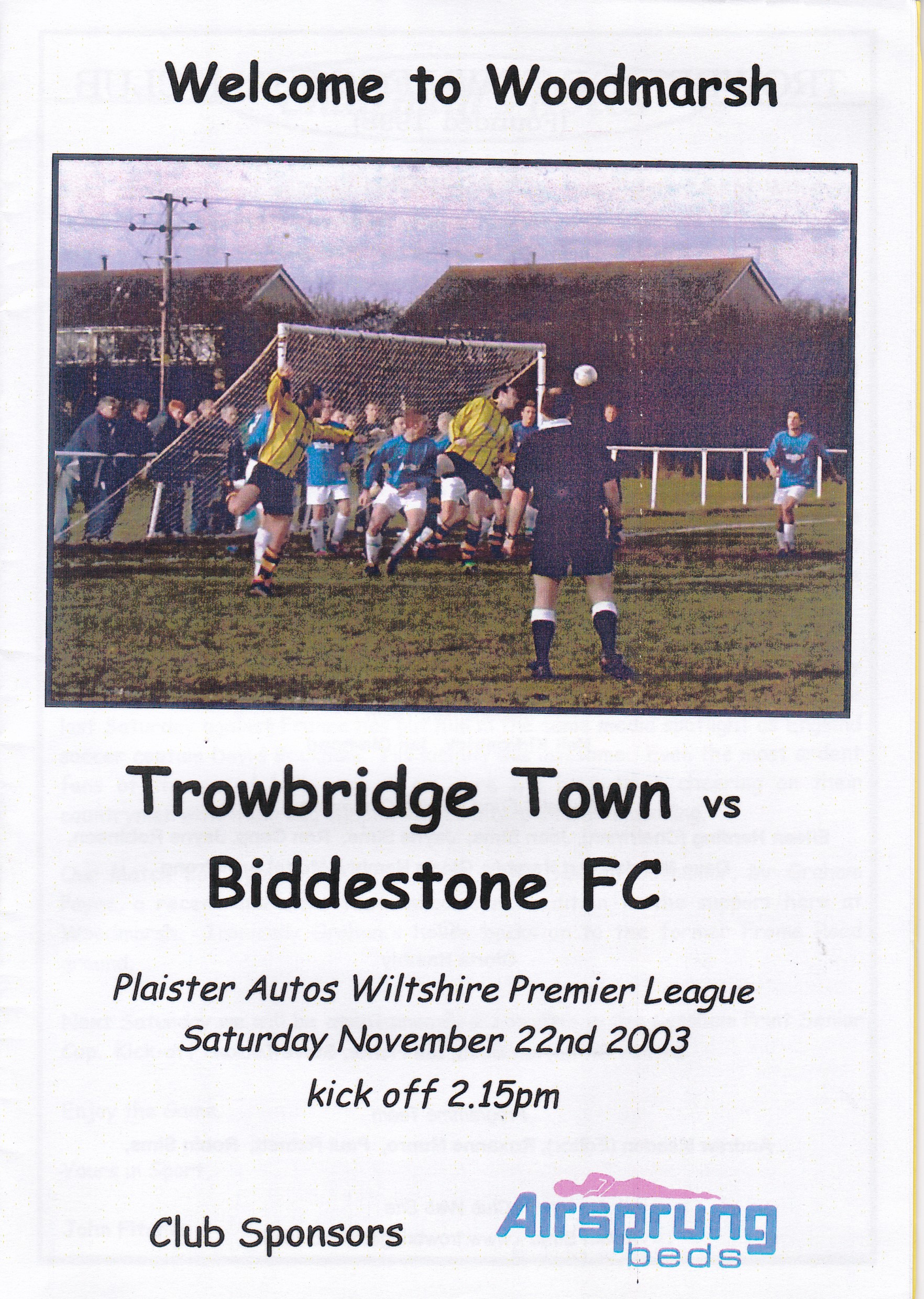