Expunged - Wiltshire Football League Premier Division
Saturday, January 24th, 2004, 2:15 PM Trowbridge failed to reach their own high standards in the first half of this match with passes going astray and Wroughton fighting for everything. However they did create three good opportunities. The first, after 26 minutes came from a Dave Mitchell Cross which Ricky Trott met at the back post with a header that went just wide. A minute later Adam Nunn ran through on the left a struck a fierce shot that the âkeeper did well to push over for a corner. A few minutes later, Dave Percival put Dave Mitchell through to force a save from the goalkeeper when maybe he should have done better. Wroughton had threatened occasionally in the first half but Adam Sheppard did not have any direct shots at goal to deal with.

The second half proved to be a different story once the deadlock was broken on 53 minutes. Andy Bloodworth hit a hopeful shot from just outside the area after skipping past two defenders and the ball somehow crept under the goalkeepersâ hands as he dived to his right. Ten minutes later, substitute Guy Rowley hit the inside of a post, showing superb vision as he guided the ball over the goalkeepers head from 20 yards. Fitness began to tell and gaps began to appear in the Wroughton defence particularly after the second goal which came after 78 minutes. Mike Little won the ball in a tackle halfway in his own half just by the touchline. He then ran through the middle and struck an unstoppable shot from 30 yards to score the goal of the season. Guy Rowley wrapped up the scoring on 81 minutes from close range after the goalkeeper spilled a shot from Ricky Trott. 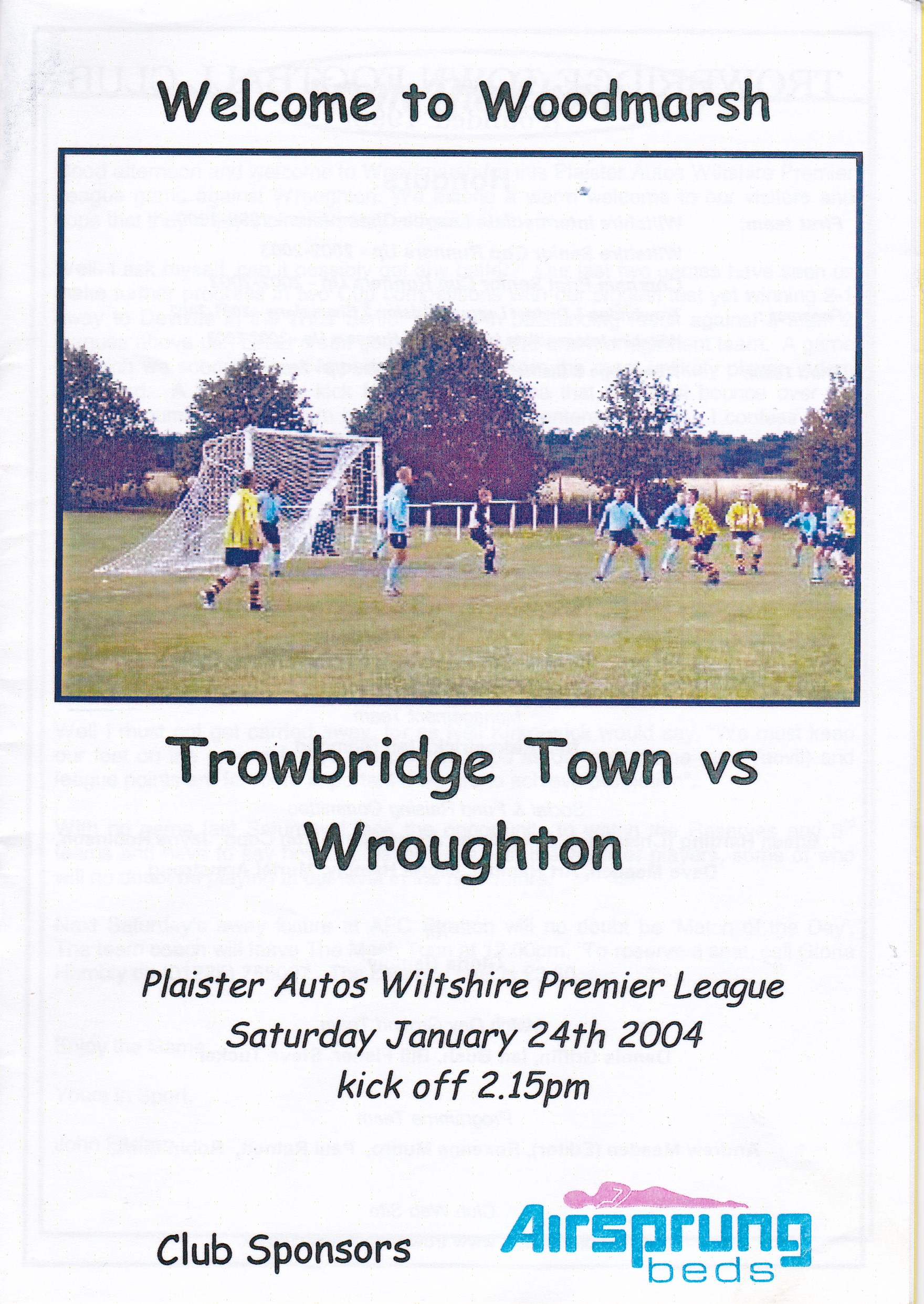