League - Wiltshire Football League Premier Division
Saturday, September 21st, 2002, 3:00 PM Trowbridge Town dominated this match from start to finish but some good defending by Malmesbury frustrated the home side for long periods of the first half. In fact, the visitors nearly took a shock lead after 25 minutes. A mistake by Guthrie the Trowbridge goalkeeper, provided the opportunity but he recovered very quickly to block the shot. Adam Nunn managed a shot on target shortly afterwards but the goalkeeper was not really troubled.

The second half began much the same with Trowbridge camped in the Malmesbury half of the pitch and the supporters began to wonder if the goal that they deserved would ever arrive. Everything changed in the 60th minute, Waleed Bakali ran on to a through ball down the left hand side and confidently slotted the ball home to give Trowbridge the lead. Two minutes later the lead was doubled, Gavin Eyre with a terrific shot from the edge of the area found the top left corner giving the goalkeeper no chance whatsoever. Dave Percival nearly added a third shortly afterwards and then Mathew Penman struck the crossbar with a free-kick from distance. Substitute, Mark Conner completed the scoring with a well placed shot after some good work by Adam Nunn. Malmesbury managed one good opportunity in the second half but a good save by Guthrie ensured another clean sheet. 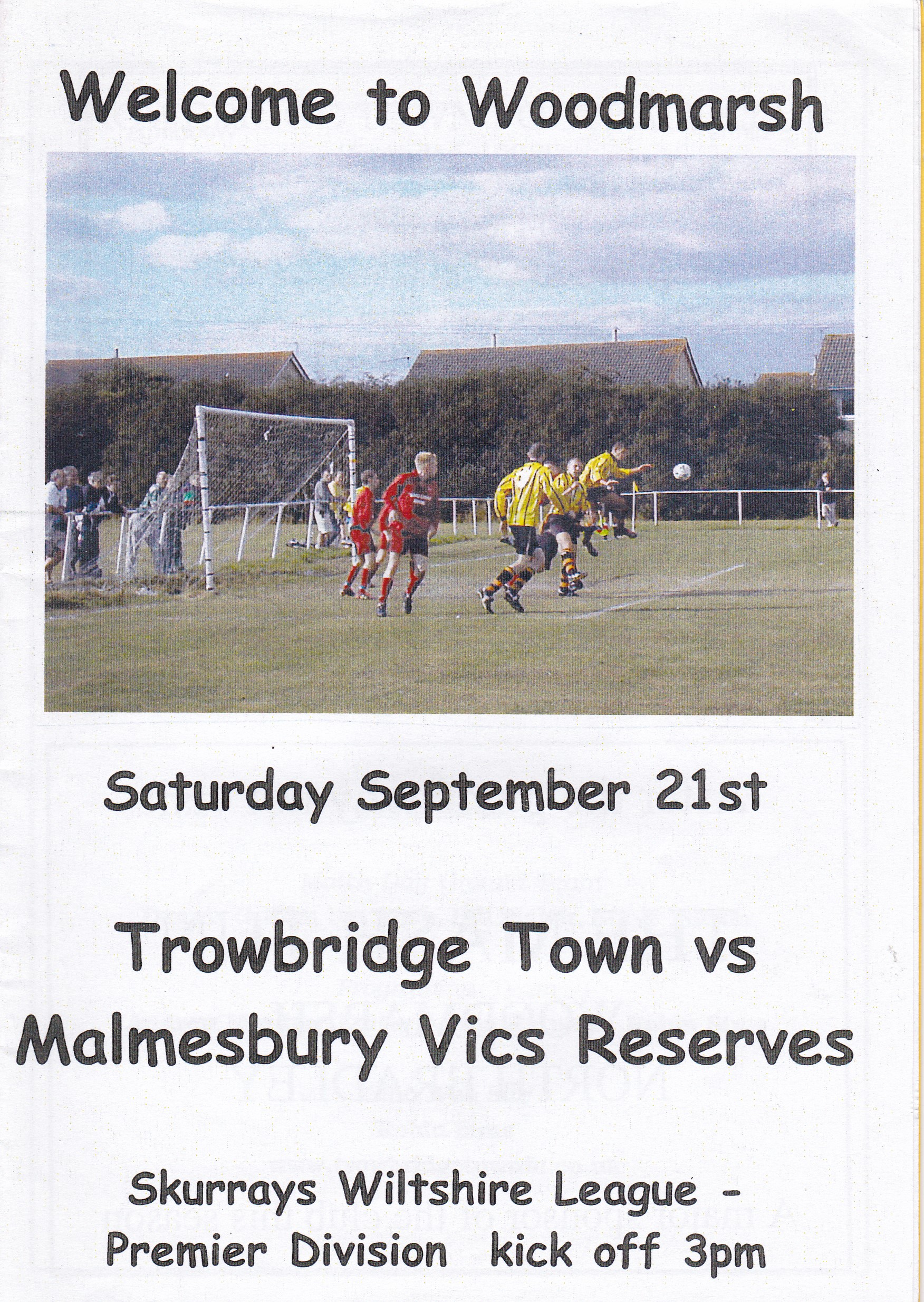