League - Wiltshire Football League Premier Division
Saturday, February 1st, 2003, 2:15 PM Trowbridge resumed their league campaign with a comprehensive win against Purton. A decent sized crowd waited only 5 minutes for the first goal. Tim Waylen and Gavin Eyre combining on the right wing to create a chance that Dave Percival tucked away nicely just inside the left hand post. The lead was doubled after 10 minutes from a similar situation. The ball rebounded from a Purton defender into the path of Gavin Eyre and he took a couple of strides before striking a good low shot past the goalkeeper. Shortly afterwards, Gavin Eyre struck a shot through a crowd of players that was saved by the goalkeeper, Dave Percival also had a shot turned round for a corner after running on to a through ball after 16 minutes.

Purton, having rarely troubled Trowbridge in the first 45 minutes fared a little better during the early part of the second half but not before the home side added a third. A bad mistake by a Purton defender passed the ball across his own goal to an unmarked Dave Percival, he then rounded the goalkeeper and slotted the ball past a helpless defender. Purton claimed their goal on the hour when a Trowbridge defender headed the ball back towards goal and a forward nipped in to beat Adam Sheppard. Purton only had one further opportunity, dealt with by Tim Waylen to concede a corner. Mike Little did well after 66 minutes, after receiving a cross from Dave Percival, he took the ball past the goalkeeper and crossed but a defender was back in time to clear. Brent Murden made his Trowbridge return as substitute and wrapped up the scoring in the 82nd minute. A pin point pass into the area by Waleed Bakali to where Murden was pointing, created the opportunity for Brent to slot the ball confidently into the net. 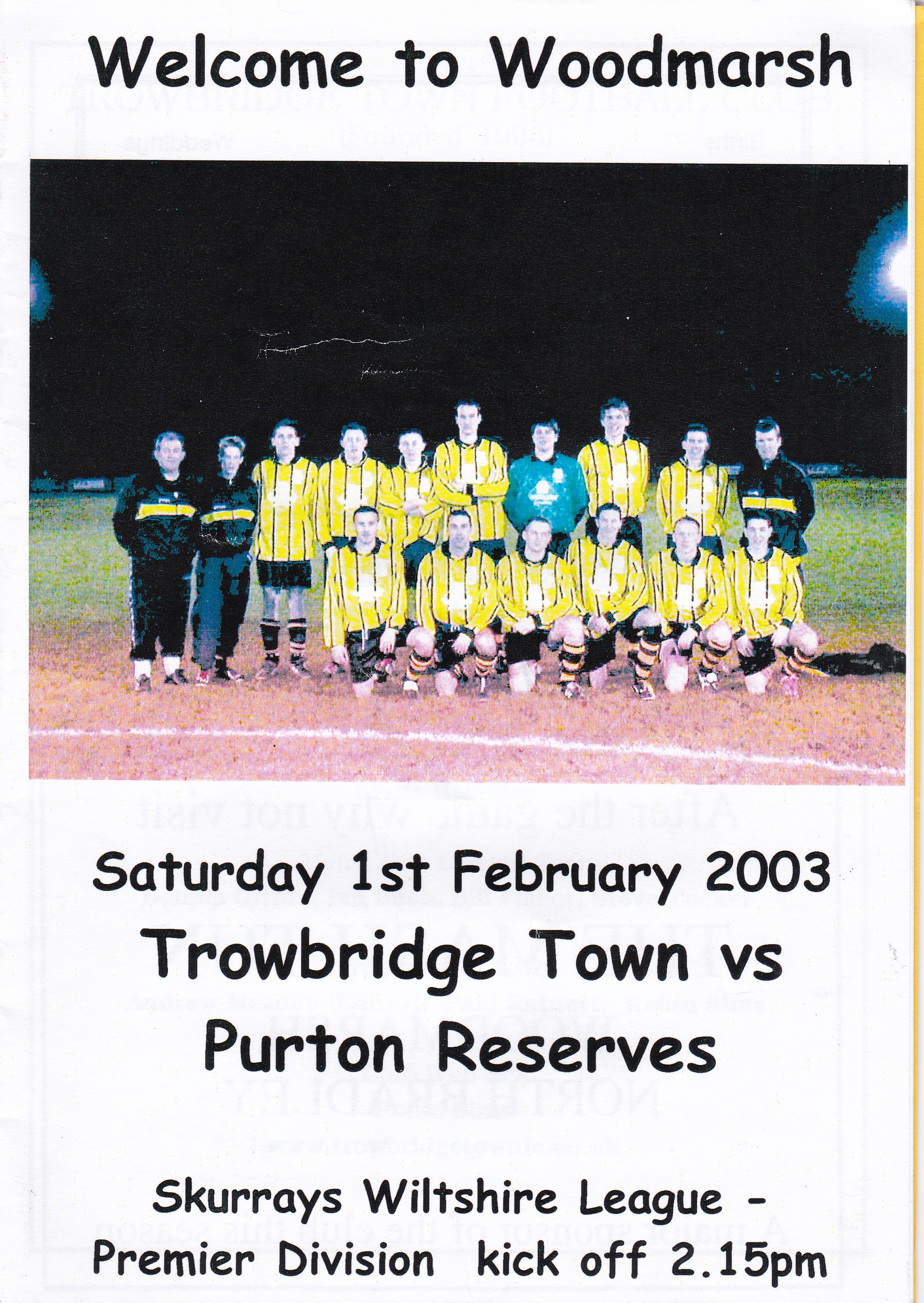