League - Wiltshire Football League Premier Division
Saturday, March 1st, 2003, 3:00 PM Trowbridge took on table-toppers Shrewton and held onto their undefeated home record by taking part in a thrilling 1-1 draw. The home side found themselves under pressure at the start, Lee Wilson originally doing well but then slipping to let a Shrewton forward in to cross the ball to the near post. The chance however, went wide of the post. Trowbridge then settled and played some good football despite the heavy conditions. They attacked on both flanks and for a while looked in control. Shrewton however, had scored 111 goals in just 25 league matches before this match so the defence had to cope with very experienced attacking visitors. Jessie Walters went close for Shrewton after 20 minutes with a toe-poked shot that went just wide. On the half-hour, Dave Percival somehow weaved his way through three Shrewton defenders and into the penalty area only for a fourth defender to just get a foot to the ball causing him to lose possession and Shrewton cleared. Before half time, Adam Sheppard was called into action twice, making good saves to prevent Shrewton taking the lead. The main event of the first half however, was controversial. The assistant referee flagged a Trowbridge forward offside but because he was not interfering with play the referee waved play on. Adam Nunn then gained possession when the goalkeeper fluffed his clearance. Adam found the back of the net but not before the referee blew his whistle and gave the original offside, thus robbing Trowbridge of a first half lead.

The second half again saw some flowing football from both sides. Jessie Walters went close again after 56 minutes, Adam Sheppard just finger-tipping his shot, which was then cleared. The match was never dirty but Shrewton defender Luke Kearley was unfortunately sent off for a second yellow card offence and Trowbridge took the lead shortly afterwards. Gavin Eyre did well to keep the ball in play on the right and set up Dave Mitchell. Having his first shot saved, Mitchell made no mistake with the follow up after 60 minutes. Trowbridge held the lead until the dying minutes, prolific scorer Dean Foot taking his opportunity to share the points. 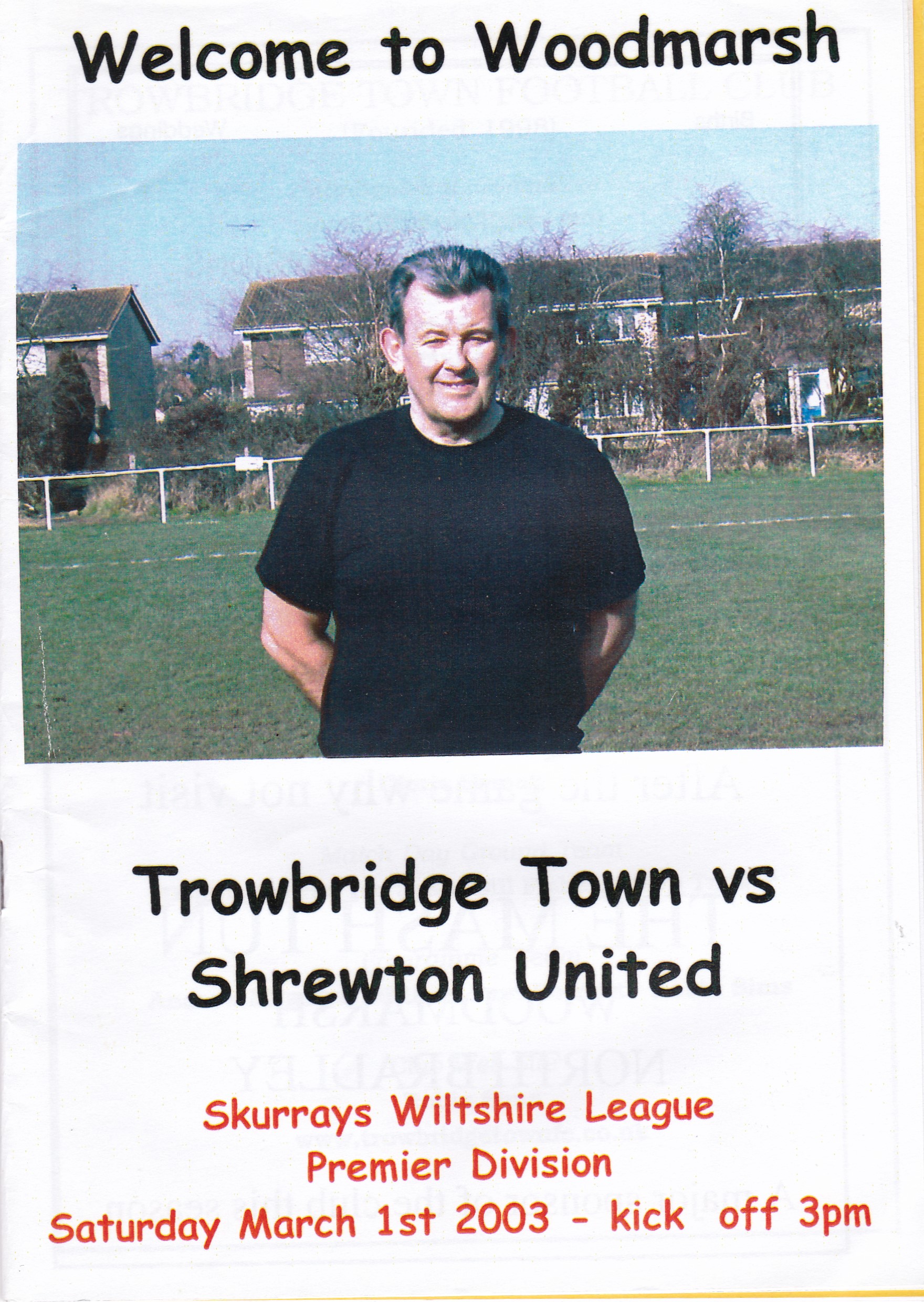