Wiltshire Senior Cup - Semi Final
Wednesday, April 2nd, 2003, 7:30 PM at at The Conigre, Melksham TownTrowbridge earned a place in the Wiltshire Senior Cup final with a gritty performance against Western League opposition. Calne looked like the senior side during the first ten minutes but were unable to create a clear opportunity. Trowbridge seemed happy to counter-attack and Gordon Saunderson had an attempt intercepted by the Calne goal-keeper after 10 minutes, doing well to gain possession on the right. Calne should have taken the lead after 15 minutes but with only Sheppard to beat a shot was pulled wide of the right hand post. The highlight of the first half was a back-heeled flick pass from Jack Heard down the right wing into the path of Waleed Bakali, but when Bakali cut inside his shot went over the bar.

Having looked comfortable in the first half Calne found themselves in a different game in the second and Trowbridge took the lead after 51 minutes. Dave Percival slotting the ball into an empty net after his first effort rebounded from the keeper. This opened the game up and as Calne pushed forward it allowed Trowbridge to attack Calne with pace on both wings. In the 65th minute a good break on the left by Bakali set up a chance for Jack Heard via Dave Percival. Heard's superb first touch and shot was excellently saved by the Calne goalkeeper. From the resultant corner, the goalkeeper saved well again, pushing the ball for another corner. Trowbridge doubled their lead in the 70th minute. Bakali broke well on the left and picked out an unmarked Gavin Eyre on the right wing and he took his chance well with a low shot into the corner of the net. Calne pulled a goal back after 77 minutes. Glen Armstrong showing good skill inside the penalty area to pull the ball back and shoot past Adam Sheppard. Trowbridge now found themselves under immense pressure as Calne looked to force extra time but some stout defending and good goalkeeping kept their lead intact. Sheppard doing particularly well with a headed chance to push the ball over for a corner. With time running out, Calne threw everything at Trowbridge. This inevitably left gaps at the back and Dave Percival exploited the space well to run at the defence and hit a low cross for substitute Chris Styles to score a decisive third. 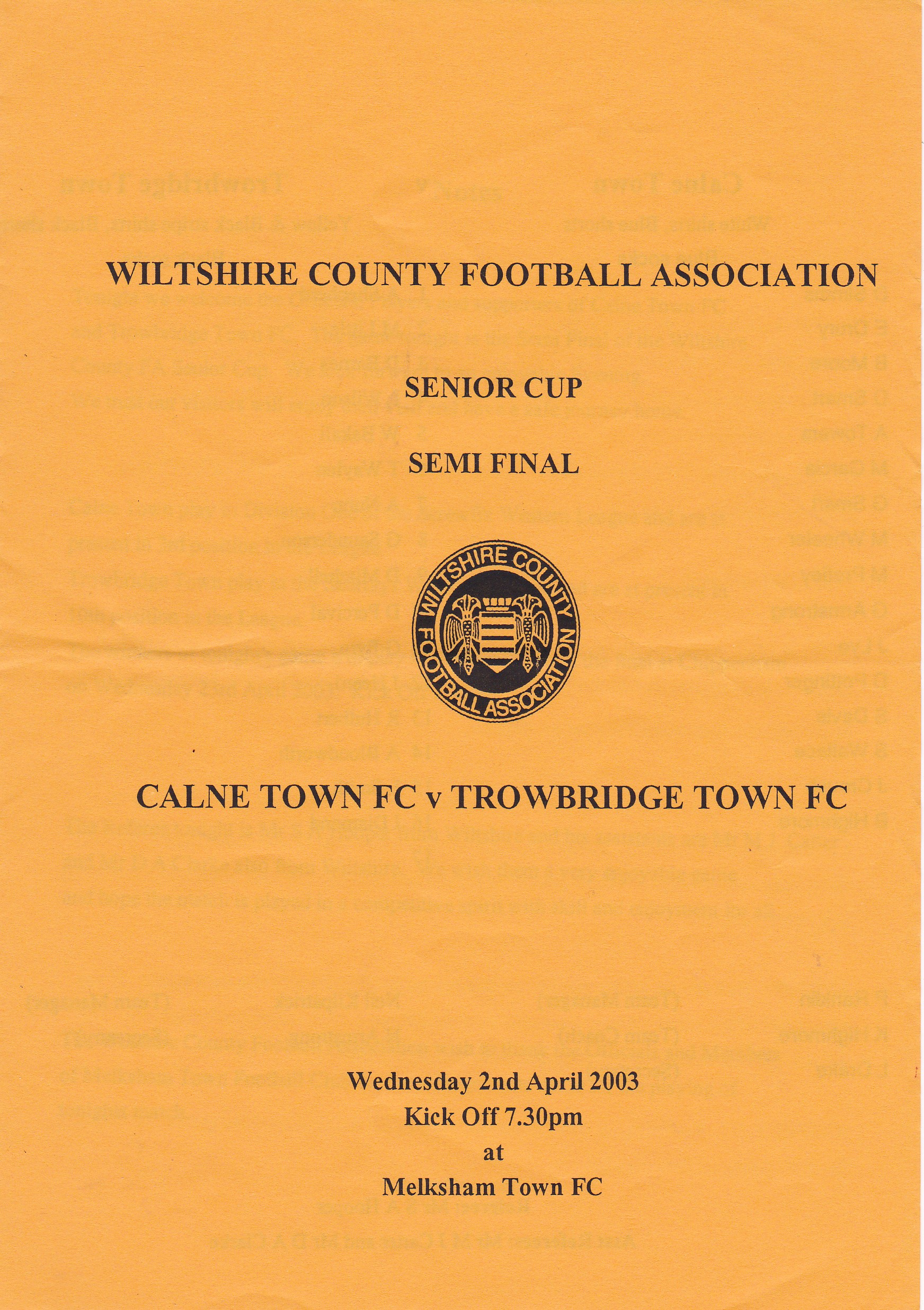