(Won 8 - 7 on pens.)
Wiltshire League Cup - Semi Final
Saturday, April 5th, 2003, 2:30 PM Trowbridge scraped through to their second cup final in four days by virtue of a dramatic penalty shoot out. The match itself had been very evenly contested with the defences of both sides taking the honours. Luke Smith being singled out as man-of-the-match in the Trowbridge defence. The home side forced a couple of early corners and created a good chance in the 15th minute. Lee Wilson with a good cross from the right went over Shuttlewood, the Warminster goalkeeper but Dave Percivalâs header went wide. Waleed Bakali also had Shuttlewood struggling with a shot/cross a little later but the experienced âkeeper pushed the ball over for a corner and then reproduced this action when the corner was taken.

The first clear-cut chance for Warminster came early in the second half. Trowbridge lost possession with Adam Sheppard out of position but he somehow managed to get a hand to a well-struck volley and push the ball away for a corner. Trowbridge were creating more opportunities in the second half but the Warminster defence looked very confident and extra time looked inevitable. It was during the second period of extra time when a goal looked likely. With about six minutes remaining Matty Carpenter struck the underside of the Trowbridge crossbar and then Ricky Hulbert saw his shot do the same at the other end. Both goalkeepers saved one of the statuary five penalties so it was sudden death. Neither side missed until the ninth try at which point Warminster missed and Lee Wilson stepped up to send Trowbridge through. 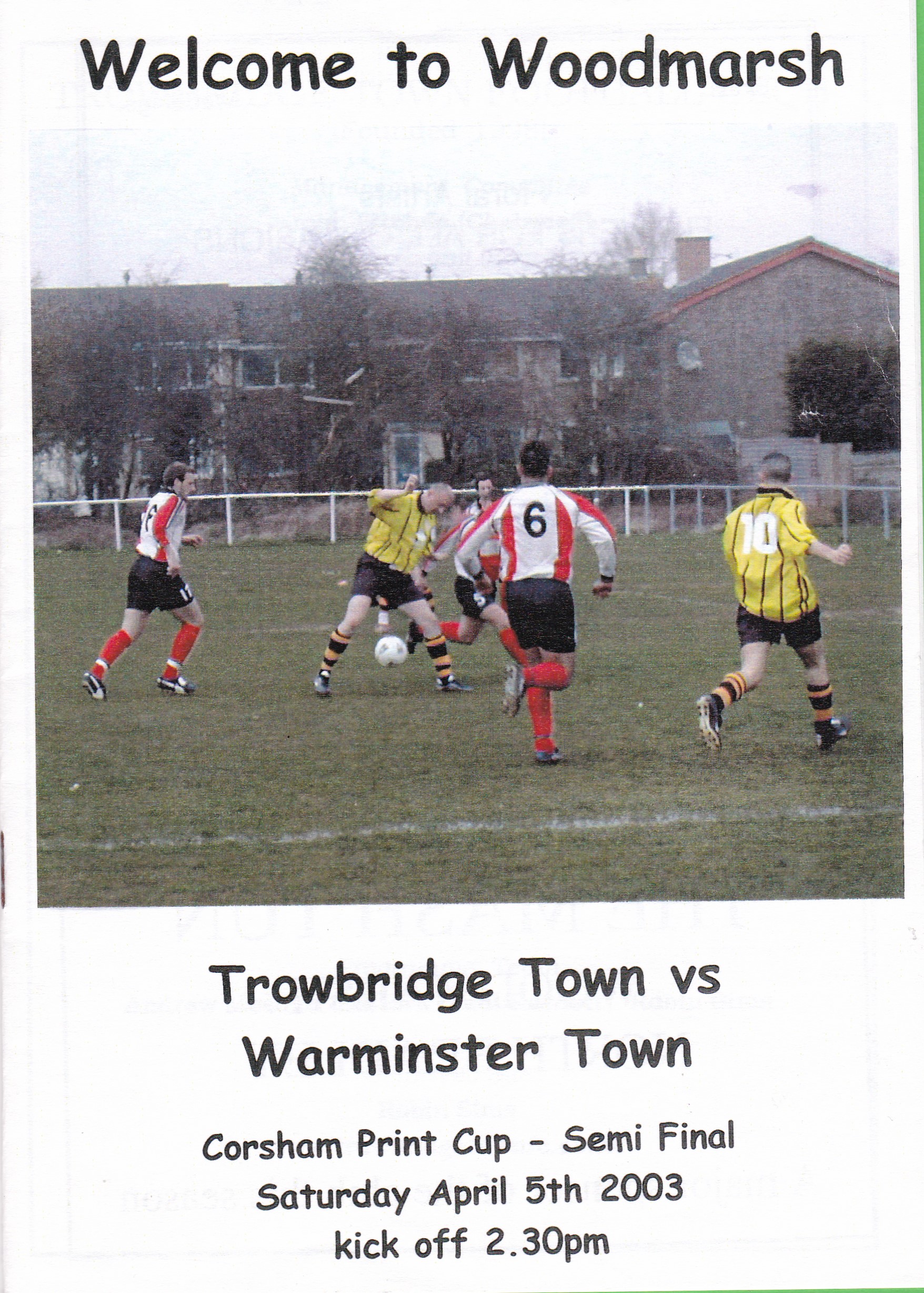