League - Wiltshire Football League Premier Division
Saturday, September 29th, 2001, 3:00 PM Trowbridge brushed aside Westbury United Reserves in a blistering first half performance after surviving early pressure in the first five minutes. Tim Waylen opened the scoring after eight minutes, heading home from a Paul Shanley free kick. Almost from the restart, Trowbridge regained possession and Chris Henry ran through to expertly chip the goalkeeper to make it two-nil. In the nineteenth minute Henry scored again with a powerful half-volley following good link up play with Jerad O'Pray. On the half hour, Chris completed his hat-trick by robbing a defender of his possession and beating the goalkeeper with a shot into the far corner. Two minutes later the score was increased to five courtesy of an own-goal, Jason Curtis in the Westbury goal seemed to take his eye off the ball as it went over his foot and slowly rolled over the goal-line. Curtis did much better a few minutes later when he blocked a shot from Jerad O'Pray. On the stroke of half time Westbury had a rare opportunity to score with a lob that went over the bar.

During the half time break there was a collection by the fireman for their American counterparts and someone remarked that they thought the fire engine had arrived to put out Chris Henry who had clearly been "on fire" during the first half! Trowbridge made changes in the second half, one enforced by an ankle injury to O'Pray and Henry reverted to a midfield role. Substitute, Andy Doel played up front and struck the underside of the crossbar with a fierce shot after 52 minutes. He was not to be denied though scoring the final goal 4 minutes from time.

Below: Chris Henry with Alan Roberts 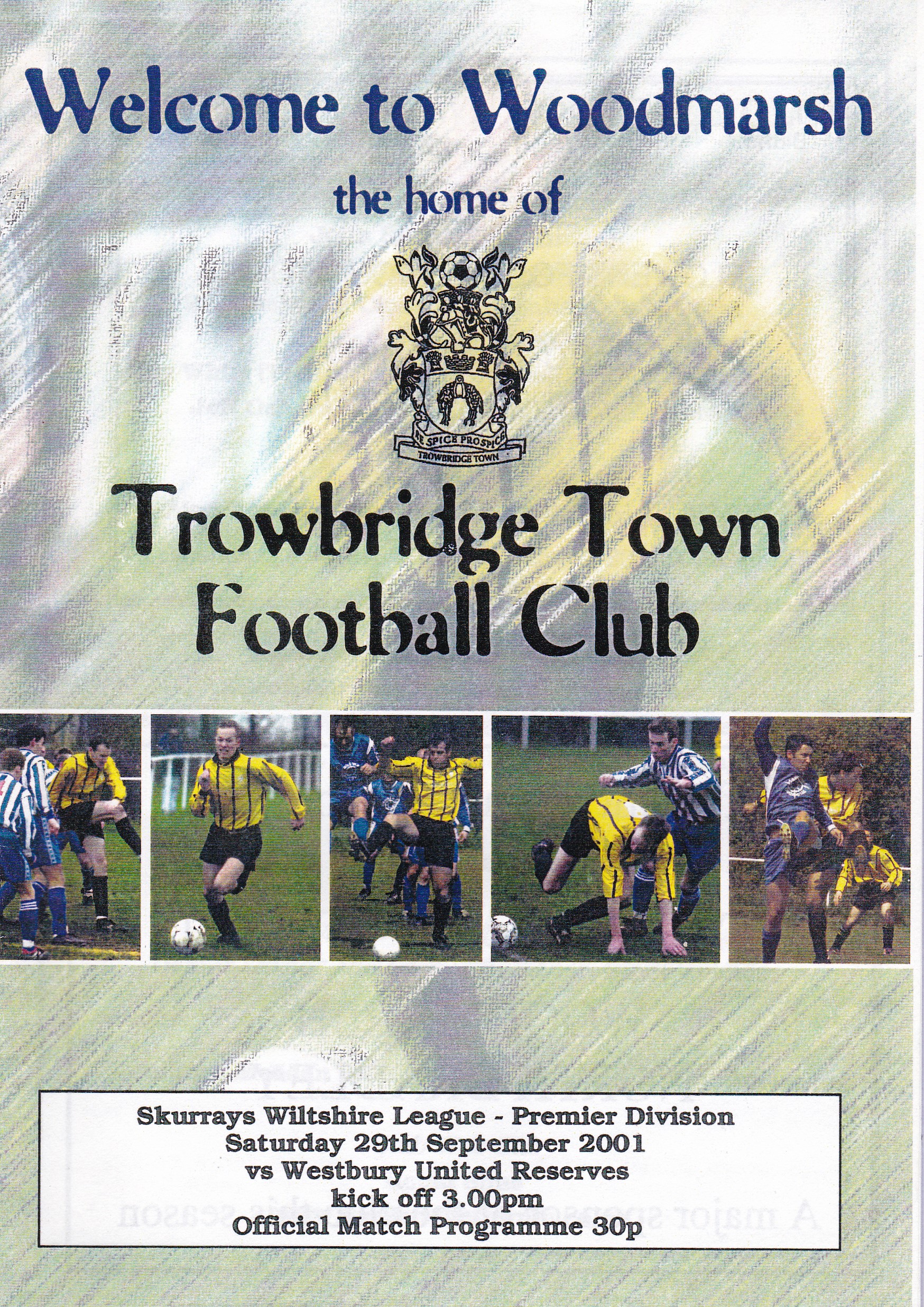