(Lost 5 - 4 on pens.)
Wiltshire League Cup - 2nd Round
Saturday, November 3rd, 2001, 1:45 PM Trowbridge had to concede defeat to local rivals Bradford Town via a penalty shoot-out. The match although lacking much excitement started brightly with the visitors mounting the first attack. Despite this, Trowbridge opened the scoring after just five minutes. Jerad O'Pray headed the ball towards goal and in the scramble that ensued the ball bounced up against the arm of a defender and somehow found it's way over the line. Bradford would have equalised in the 28th minute but for some good defending and a good blocking save by Sheppard.

In the second half after 57 minutes, Ricky Trott tried a sort of lob/shot and this time Sheppard failed to deal with it and Bradford were level. With everything now to play for both sides tried to take the upper hand but neither could really stamp their authority. On the hour Chris Tricker nearly gave the home side the lead when a cross rolled along the top of the crossbar. Trowbridge mounted a number of attacks but the Bradford defence, at times a little physical but not malicious, stood firm and extra time was inevitable. During the extra time period the game could have gone either way but the best chance came in injury time. Substitute Lewis Haldane playing very well since coming on for Chris Tricker, set up Jerad O'Pray. Unfortunately for the home side, John Fox, the Bradford Town goalkeeper, turned his well-hit shot round the post. With the sky darkening the match finished and it was decider time. Simple really, Bradford scored all five and the unfortunate Haldane was the only player to fail from the spot for Trowbridge, Fox again saving well. Hopefully Haldane will recover quickly from this disappointment, he played his part well and will do so in the future. Bradford's reward is a tie with Devizes Town Reserves. 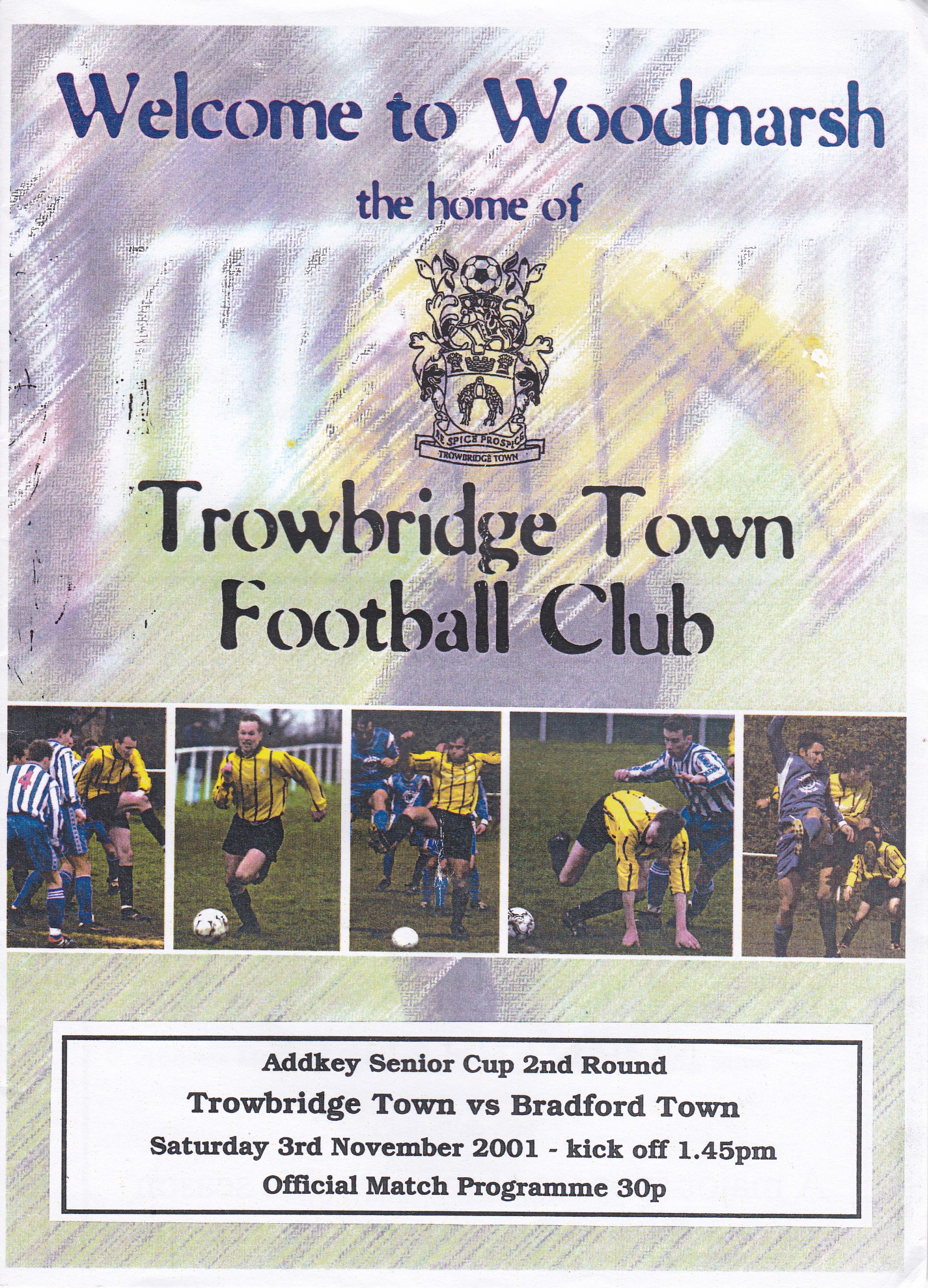