League - Wiltshire Football League Premier Division
Saturday, April 20th, 2002, 3:00 PM Trowbridge made their 4th position in the league safe by winning comfortably at Malmesbury. Lewis Haldane looked very lively from the start and set up an early opportunity for Mark Connors whose shot went over the bar. Five minutes later Chris Henry set up Mike Little who also saw his shot go over. Little thought he had scored shortly afterwards but his shot hit a post and rebounded into the goalkeepers arms. This was to be the story of the first half as Malmesbury rarely ventured outside their own half but it took a speculative 30 yard effort from Waleed Bakali that broke the deadlock on 36 minutes. His shot just had enough height on it to beat the young Malmesbury 'keeper. Almost immediately from the kick off, Mike Little made it 2-0. Haldane then hit a post before half time. In the second half, Malmesbury started a little better and grabbed a goal back in the 63rd minute, a crossed ball finding an unmarked forward in front of goal. Trowbridge made the game safe after 75 minutes, Haldane finally getting the goal he deserved after a good ball from Tim Waylen. In the last five minutes Haldane went on a superb run and his shot rebounded from the goalkeeper into the path of substitute Neil Kirkpatrick to make the final score 4-1 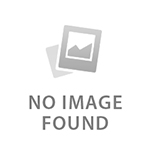