League - Wiltshire Football League Premier Division
Saturday, October 7th, 2000, 3:00 PM Southbrook avenged their 5-2 home defeat from last season with a confident performance. Chiseldon adopted a very physical approach right from the start and it wasn't long before many flare-up's started to take place. One of these got a little out of hand and Chris Henry together with one player and one official from the home side were given their marching orders by the referee. I don't praise refs very often but I have to say that the game could have become out of control had we have had a weaker man in charge. Back to the football then.

Southbrook took the lead through Stuart Phillips, turning the ball past Chris Vaughan from the edge of the six yard box. All 20 remaining players seemed to trudge of the pitch in silence at half-time. Southbrook played much more controlled and confident football in the second half and deserved their win. They increased their lead to 3-0 before Chris Tricker, always full of running, pulled one back to make it 3-1. Despite an excellent performance from Chris Vaughan, who made several fine saves in the second half, Chiseldon increased their lead to 4-1, Stuart Phillips competing his hat-trick and Richard Bull having scored one. Chris Tricker scored another consolation goal late on but by now it was all too late. 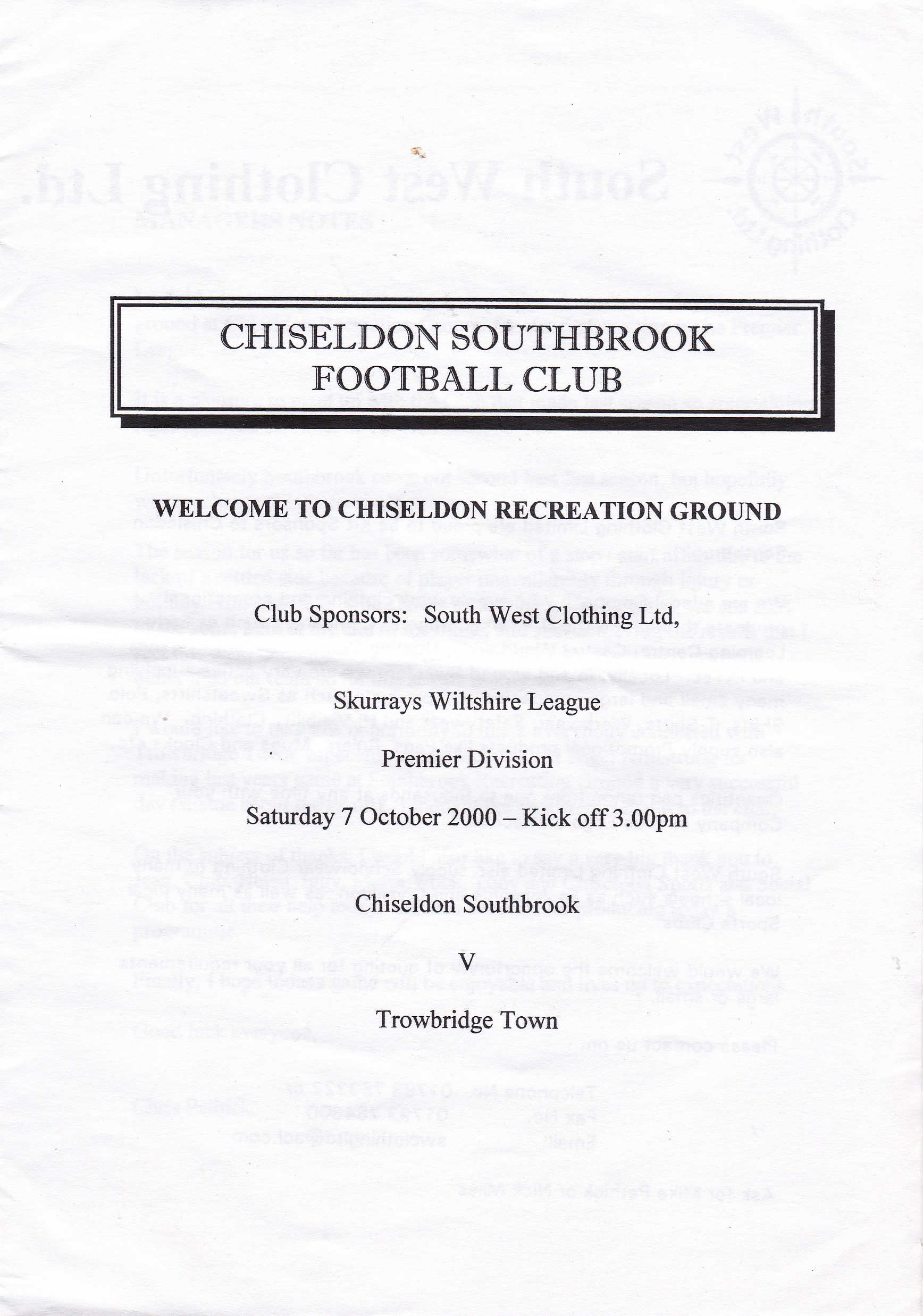