League - Wiltshire Football League Premier Division
Saturday, April 14th, 2001, 3:00 PM Having already beaten local rivals Bradford Town 3-1 on Thursday. Trowbridge went one better on Saturday by winning 4-1 against Purton Reserves. Once again they came from behind, Rob Smith giving the visitors the lead when he ran through and slotted the ball past Chris Vaughan after 10 minutes. This was against the run of play and with the attacks mounted by Trowbridge it was only a matter of time before they opened their account. The breakthrough nearly came in the 25th minute; Andy Bloodworth's curling cross was touched onto the crossbar by goalkeeper Dean Haines. The equaliser came on 40 minutes when Andy Doel scored from close range following a Chris Henry corner. Just before half time, the ever-reliable Neil Kirkpatrick gave Trowbridge the lead from inside the box.

In the second half Trowbridge piled on the pressure and it was therefore no surprise when they went further ahead after 52 minutes. Andy Bonser reacting extremely quickly to pounce when Dean Haines allowed a Chris Henry cross to spill from his grasp. Chris Henry wrapped up the scoring after 63 minutes with a typical run and finish after beating the off side trap. This comfortable lead allowed manager Alan Roberts to introduce youngsters Daniel Barnes and Walead Bakali who both did well. This was Bakali's second opportunity as substitute and he very nearly scored but a defender blocked his shot. With youngster Lee Wilson playing the full 90 minutes, this mixture of youth and experience is proving to be invaluable with so many of Town's regular players unavailable due to injury. 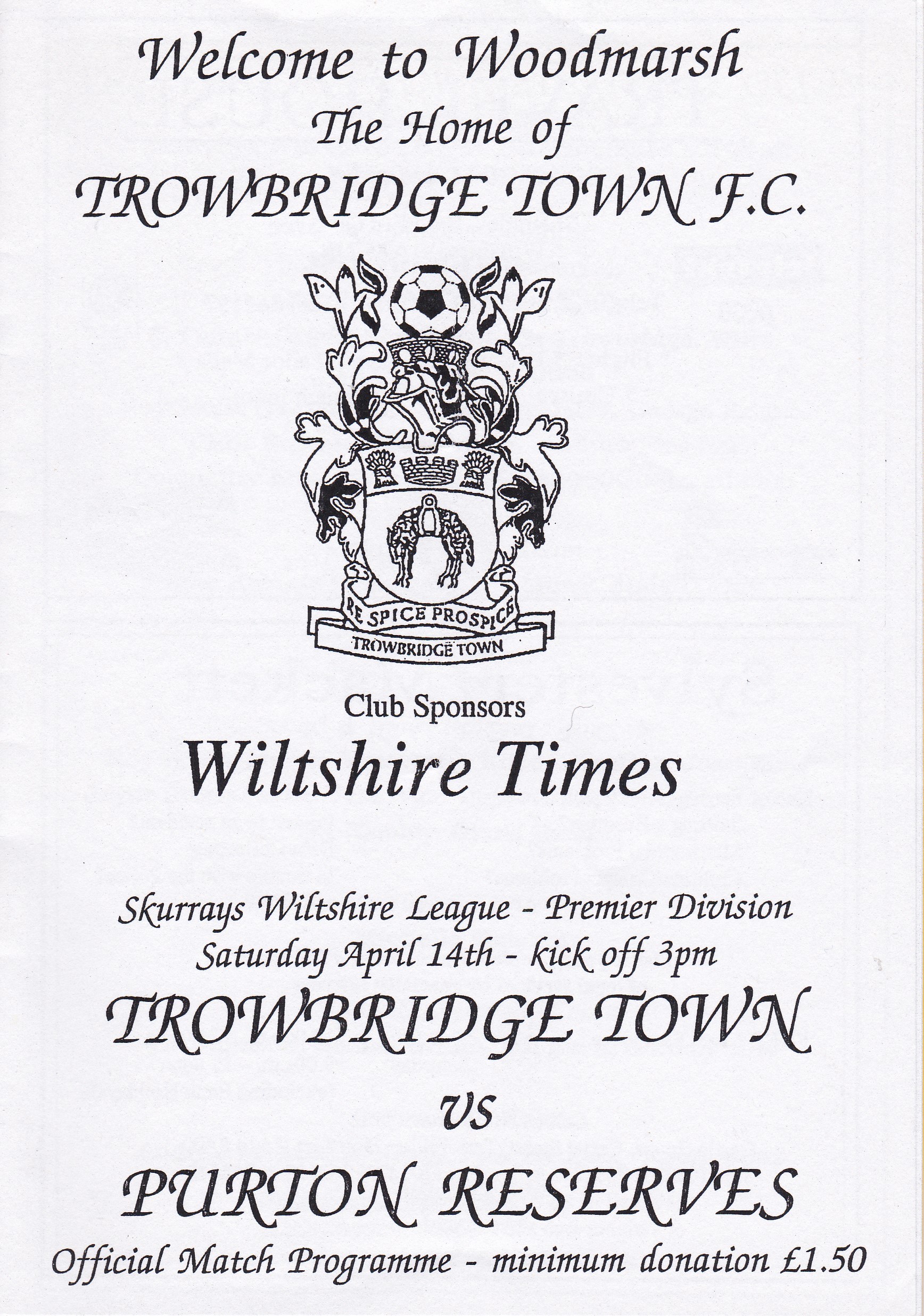