League - Wiltshire Intermediate League
Saturday, March 25th, 2000, 3:00 PM
Attendance: 220Trowbridge showed real character to come from two goals down to win this match easily and with it the League Title in our first season back in football. Southbrook started very brightly, they controlled the early play and struck twice within the first ten minutes to temporarily silence the 200 or so traveling Trowbridge supporters. As usual though the team and the supporters never gave up and were rewarded when Chris Tricker pulled a goal back. I'm sure even he will admit it was a cross not a shot but it ended up in the net to begin the fight back. The remainder of the first half was more evenly contested and it looked as if the half time score would be all square as Tricker found himself with an empty net in front of him in the last minute of the first half. Unfortunately his effort crept over the bar and we all had to wait and see what would happen in the second half.

Alan Roberts half time team talk was one of encouragement. Trowbridge came out for the second half much more determined and the Southbrook defence crumbled under the pressure. An early equaliser from Chris Tricker made up for his previous miss and everything changed from then on. The whole team now played with much more confidence, passes stopped going astray and goal opportunities started to become more frequent. I lost count of how many corners we had in the second half and how many one on one chances there were with the 'keeper. O'Pray gave us the lead with a typical confident finish as he seemed to pass the ball into the net. At 3-2, I just kept thinking that one more goal would do it. Well, Jerad O'Pray had a better idea, he grabbed two more in a similar fashion to his first to make the final score 5-2. Trowbridge Town are back - Wiltshire Premier Division, here we come! 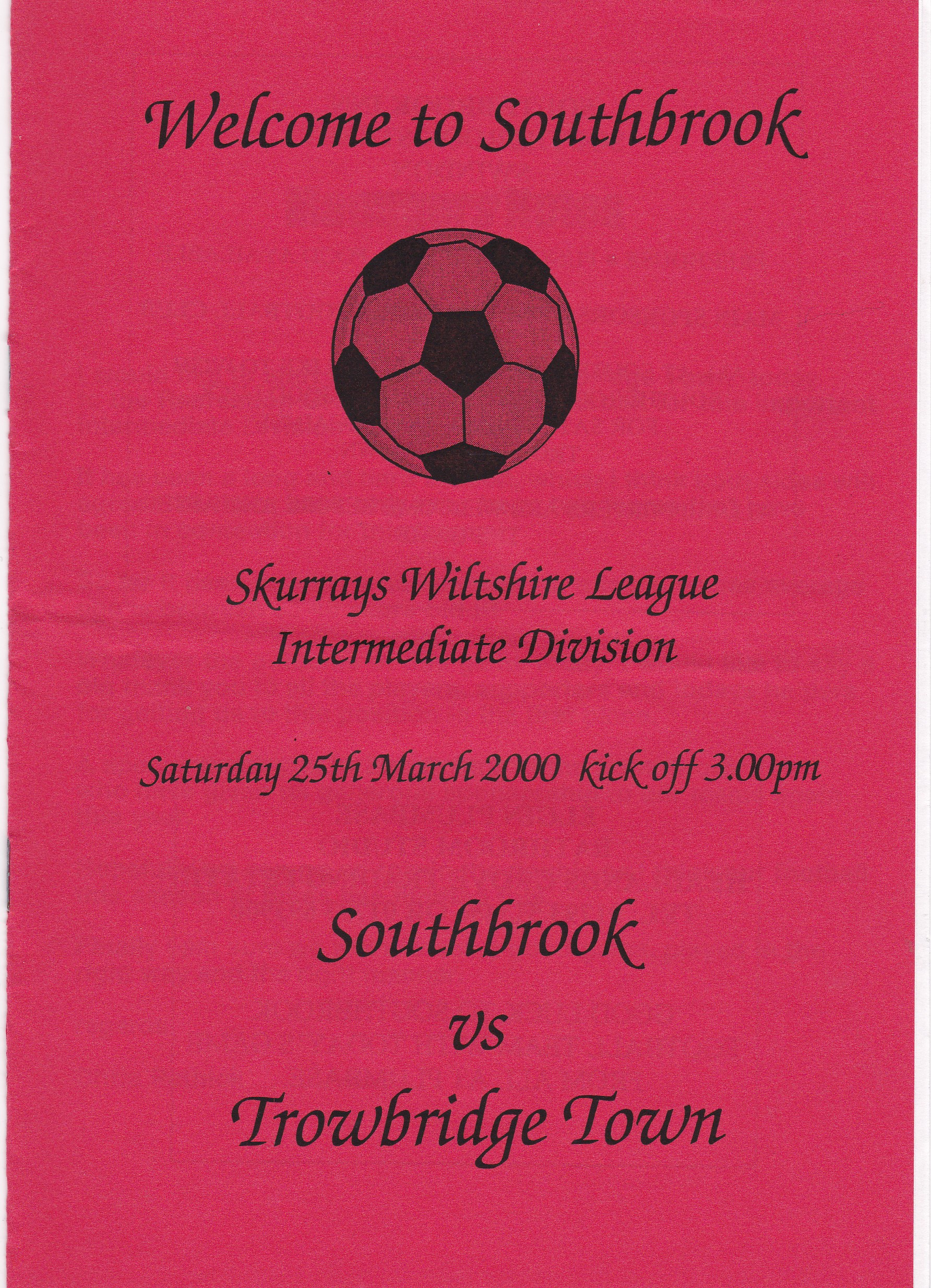