League - Hellenic League Div 1 West
Saturday, August 16th, 2008, 3:00 PM
Attendance: 106Trowbridge were involved once again in a entertaining match at Woodmarsh but ended up losing by the odd goal in 7 by Paul King.

Purton started brighter and took the lead after only 5 minutes, when Charlie Haydon couldn't keep out a corner and palmed into his own net. Two minutes later Purton doubled there lead when there Purton's Andy Philpott finished well from the edge of the area. Trowbridge continued to battle back and Guy Rowley,Tom Berrington and Craig Fisher all missed glorious chances to score. Trowbridge did pull one back when Waleed Bakali was put through by Ashley Benison and he neatly rounded the keeper to slot home. Trowbridge equalised midway through the half when Mike Barnes was pulled down in the area. Adam Glover stepped up for the penalty but the Purton Goalkeeper saved but only for Mike Little to follow in the rebound. Then 5 minutes of madness cost Trowbridge 2 goals. Again not dealing with a corner the Purton captain, Adrian Roper rifled home a header from 5 yards. Two minutes later Trowbridge were again punished when a quick free kick was taken, Trowbridge were half asleep and Jonathan Coole nipped in at the back post to make the score 4-2 at half time. In the 2nd half Trowbridge dominated the play and with the impressive substitute Jake Little crossing in the 52nd minute for Tom Berrington to head home to bring Trowbridge back into the game. Trowbridge continued to push forward and again missed chances and in the final minutes of the game Ashley Bension headed over the Purton Keeper only for him to pull off a world class save to keep the ball out. It was not going to be Trowbridge's day and once again poor defending from set pieces and many missed chances cost Trowbridge dearly.

Paul Glover misses from the spot.
Fortunately, Mike Little followed up to score the rebound 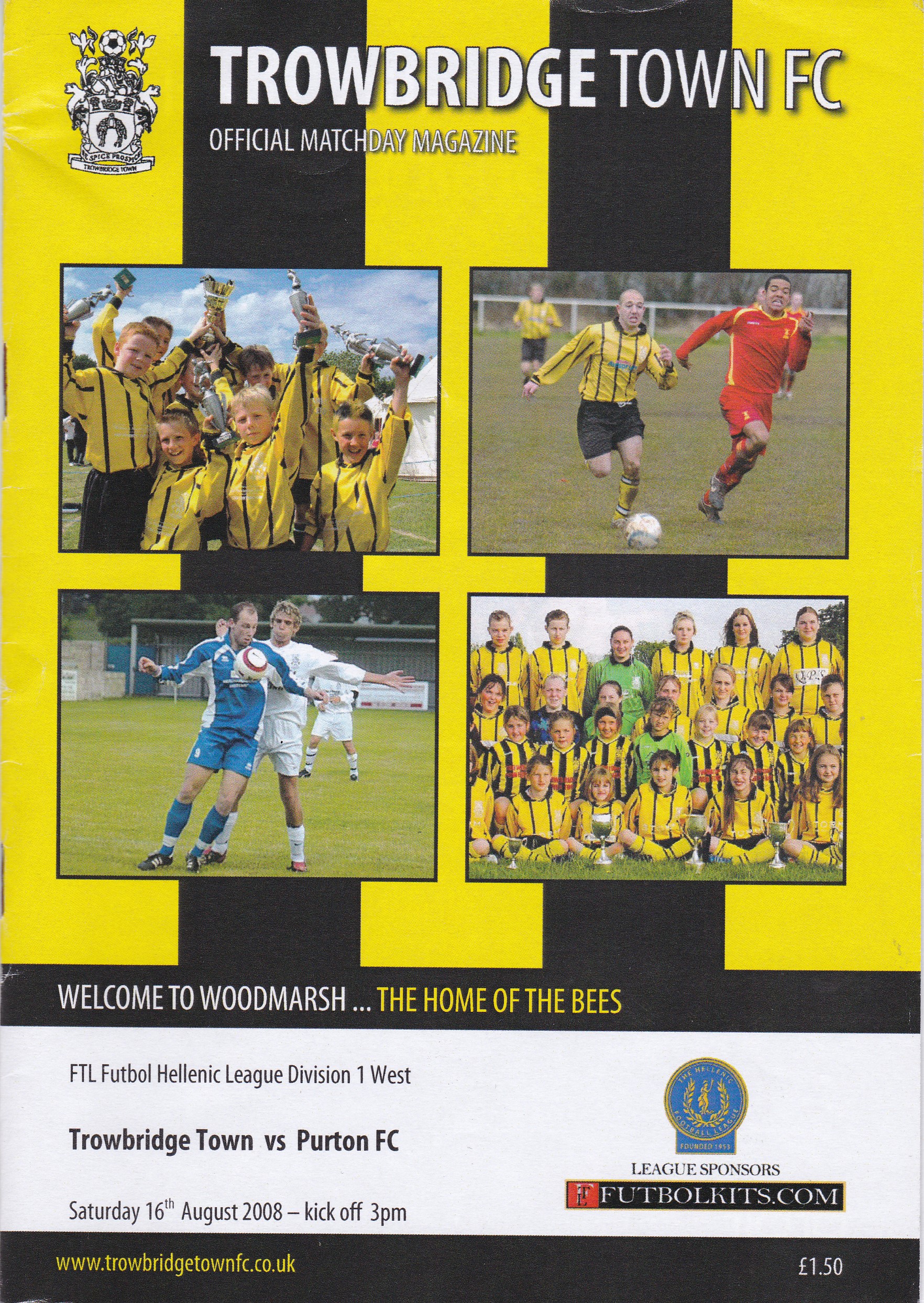