League - Wiltshire Football League Premier Division
Saturday, August 17th, 2019, 3:00 PM
Attendance: 56Trowbridge Town had ended last season on a high with a 14-game unbeaten run that had seen them not lose in 2019 ahead of the visit of Royal Wootton Bassett Town Dev to Woodmarsh. By way of added interest to todayâs encounter Royal Wootton Bassett Town were the last side to inflict a defeat on Trowbridge when they won 3-2 at the Gerard Buxton Ground back in December. No such repeat today though as Trowbridge extended the run to 15 games, racing into a 4-0 lead at the break. However, after a poor showing in the first half, Royal Wootton Bassett Town put in a much improved second half showing as Trowbridge eventually ran out 6-1 winners. On target for the home side were Jordan Gullis and Aaron Masson, who both bagged a brace, Alex Pippard and Ben Ryder. The consolation for the visitors was scored by substitute Tom Phillips. 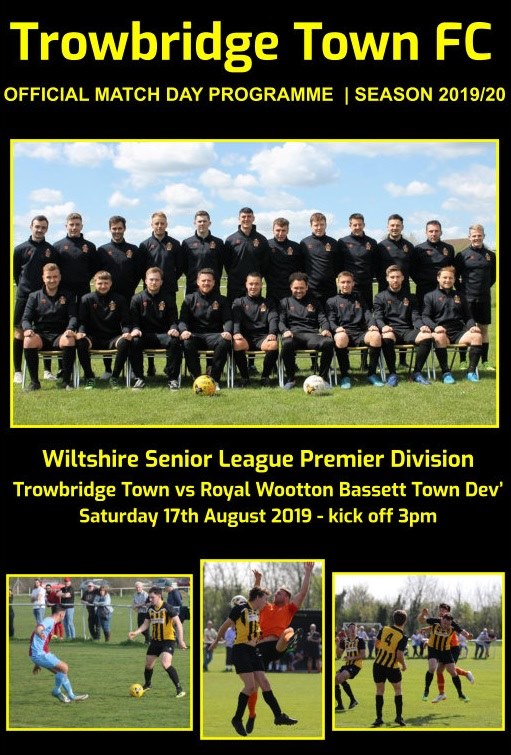