Trowbridge eased their way through to the next round of the Wilts Senior Cup with an impressive performance against their Wessex League opponents. Dave Percival opened the scoring after 13 minutes with a run into the penalty area from the left wing and a confident left footed finish. Amesbury had no answer to the pace of the Trowbridge forwards and Chris Tricker nearly made it two after 38 minutes with a run through the centre but his shot rebounded from a post. Two minutes later Trowbridge were awarded a penalty. Maggs made a fine save from Percival but Lee Wilson followed up to drive the ball into the net and claim his first ever goal in open play during his 115th appearance.
The second half saw Trowbridge take total control. Dave Mitchell latched onto a back pass in the first minute to make it 3-0 and Maggs had to be alert to save from Percival again ten minutes later. Chris Tricker made it four with a diving header from a Percival cross after 62 minutes. Matt Cooper and Dan Kovacs came on as substitutes and the onslaught upon the Amesbury goal continued. Kovacs setting up Cooper to make it 5-0 with a side foot shot after 65 minutes. Adam Sheppard made a fine stop following a rare Amesbury attack in the 67th minute but injured his hip in the process and was replaced in goal by defender, Luke Smith. Trowbridge were in no mood to allow Amesbury to take advantage of this setback although Smith did well to punch clear a corner to keep to the score-sheet clean. It was Lee Wilson that made it a day to remember though, scoring his second goal from close range with 12 minutes remaining. 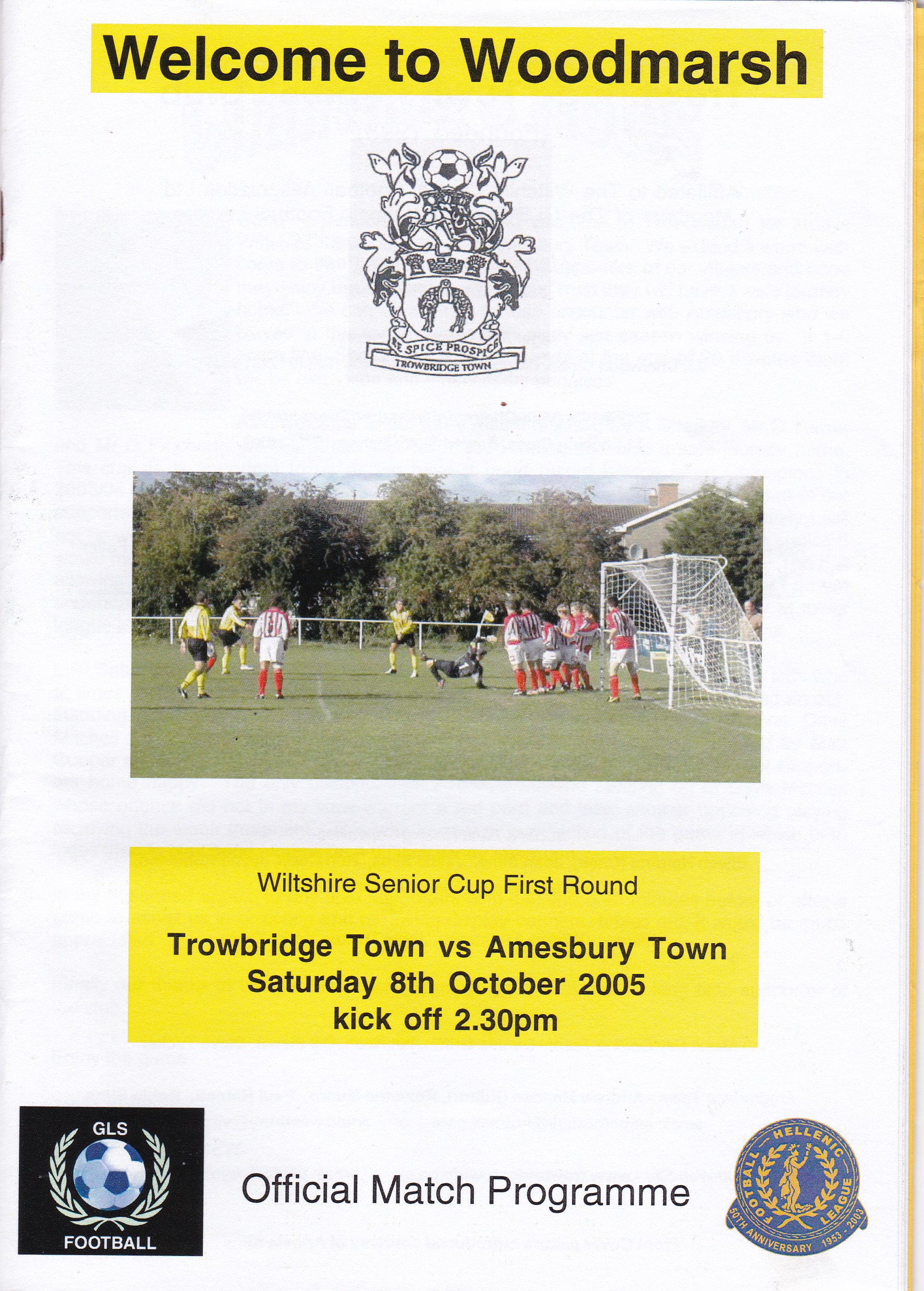