I made no notes for this match but it is easily described as a âgame of two halvesâ.

Trowbridge failed to find any rhythm in the first half and Cirencester were by far the better side. They took an early lead though McSherry after just 4 minutes. He found space to be unmarked on the left of the area and finished nicely. Trowbridge had one clear chance in the first half, Dean Barker with a shot straight at the âkeeper but no one could argue the Cirencester deserved their half-time lead.

The second half was completely different. Trowbridge looked like a different team and dominated from the start. Despite this, the home side claimed a second goal against the run of play with 50 minutes gone. A superb shot from Bailey looped over Adam Sheppard from all of 25 yards. Trowbridge showed the spirit that had been missing at the weekend and piled on the pressure. Dan Barnes bundled the ball over the line from close range following a corner after 75 minutes then substitute Dave Mitchell equalised with a header that when in off the post with seven minutes remaining. Overall, a draw was a fair result although Trowbridge still continued to attack in the final minutes. 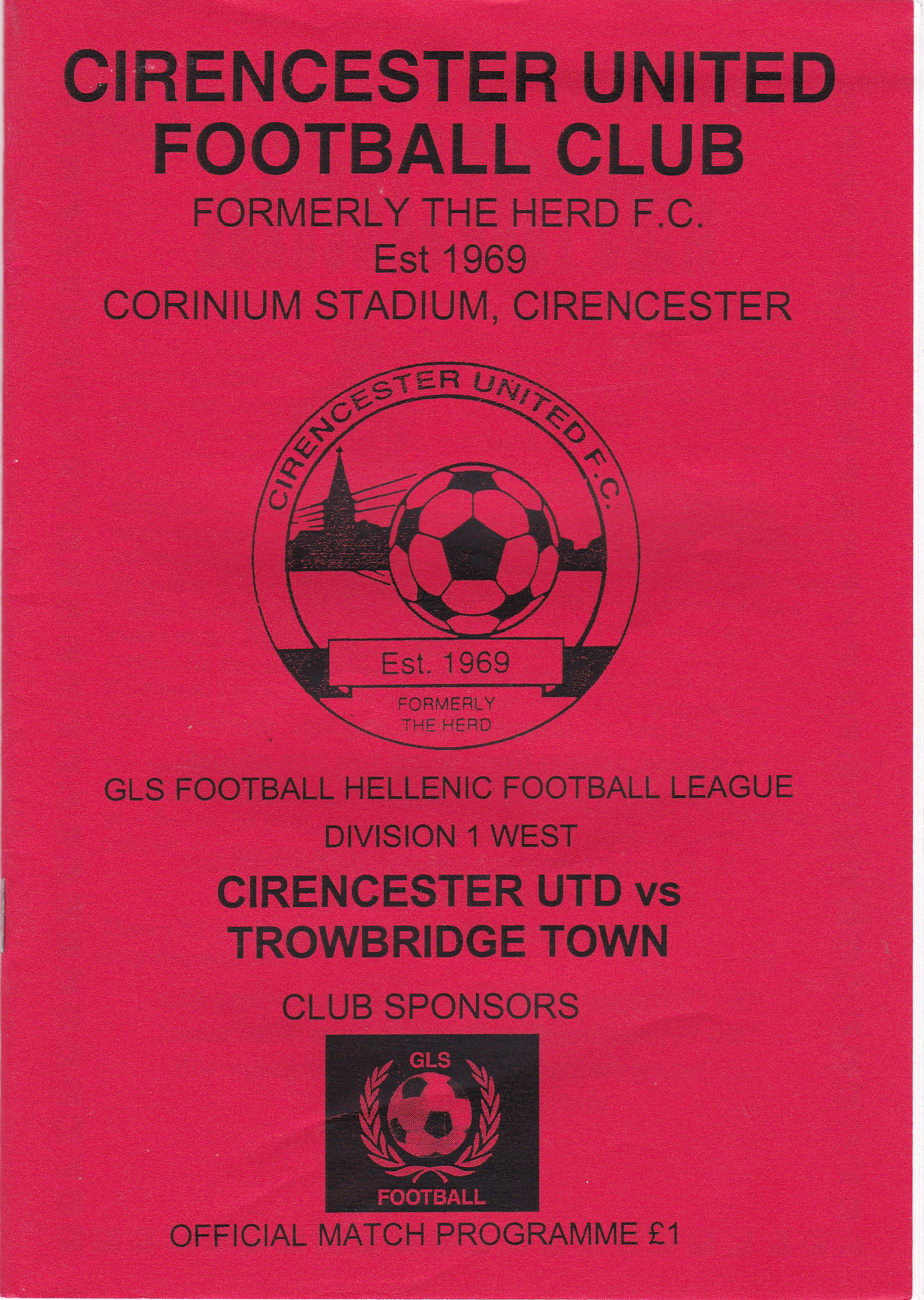