Trowbridge travelled to Oxfordshire with a much changed line-up but fared well against an Old Woodstock side that have occupied a top six position all season. Trowbridge started well and appealed for an early penalty when Adam Nunn put a ball into the area that struck a hand. The referee probably correct in his judgement of ball to hand though. With 16 minutes gone Michael Barnes played a good through ball that Dan Kovacs ran onto but his shot was wild and high. Trowbridge continued to dominate and were awarded a free kick after 24 minutes which was played into the area. Adam Nunn managed to poke the ball towards goal but it rebounded from a post and was gathered on the line by the âkeeper. Woodstock were much more positive in the second half and claimed the lead after 59 minutes. A ball that was played through the centre caused a misunderstanding on the edge of the area with goalkeeper Lewis Porter attempting to head the ball away. It rebounded to Steve Ayris who made no mistake with a lob into the empty net. Woodstock looked good for their lead and continued to press with Trowbridge no longer playing the good passing game that they had produced in the first half. Towards the end however, they settled down and Dan Kovacs equalised with a turn and shot that went in off a post. The ball being played in from the left following a throw-in. Kovacs nearly claimed a second in similar style following a late corner by Chris Tricker but this time his effort was blocked by a defender and the points were shared. A draw was probably a fair result in what was the last game of the season for Old Woodstock. 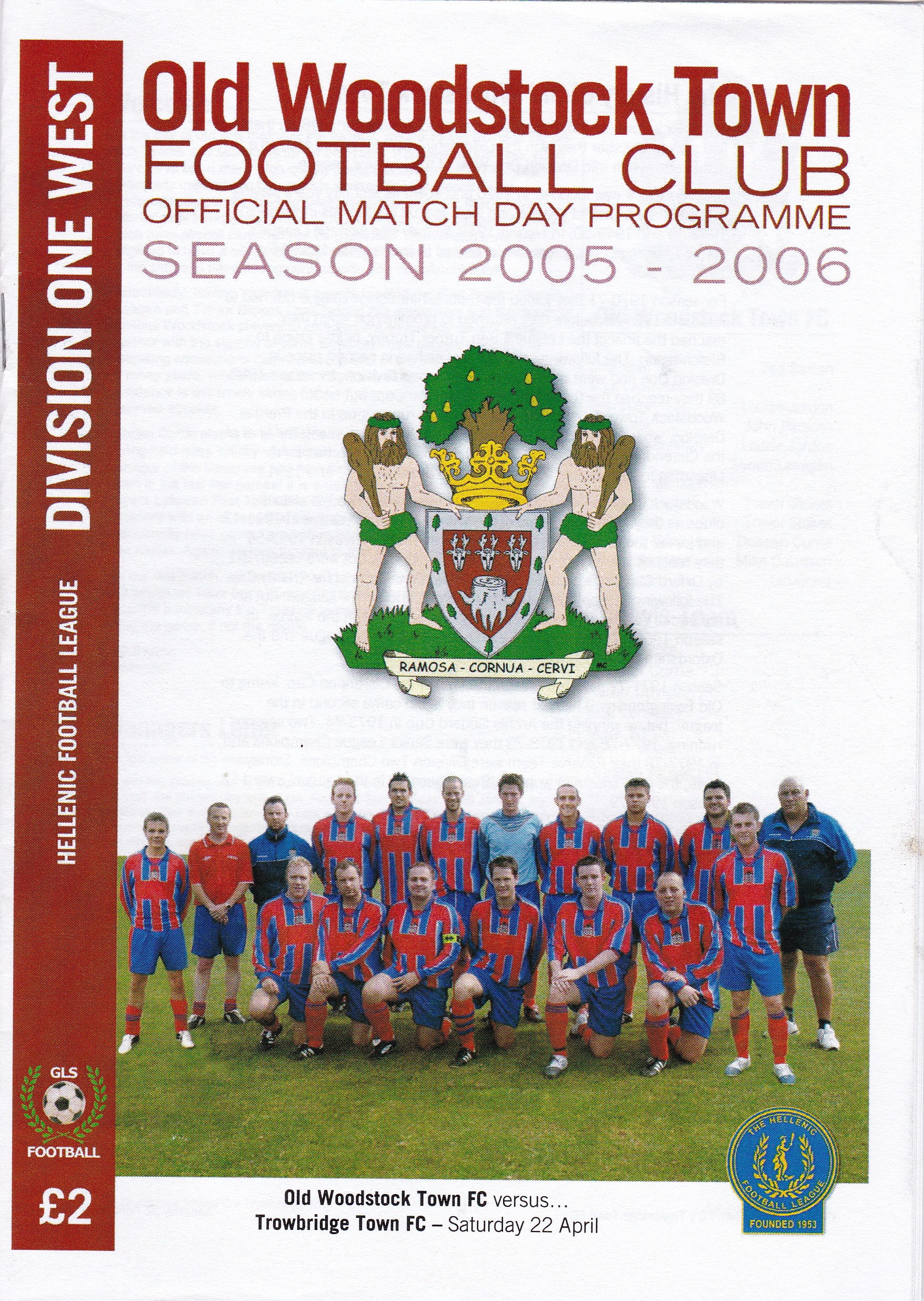