Trowbridge were well on top in the early stages of this match and took the lead after 15 minutes. Dave Mitchell was brought down and Dave Percival scored from the penalty spot. It seemed that Trowbridge would add to the score during the first half but in the 30th minute, goalkeeper Adam Sheppard went down with a hip injury after taking a goal kick and defender Mike Little had to take his place in goal. Trowbridge seemed to lose their shape and although a Ricky Trott free kick was cleared off the line, Middle Barton started to enjoy little more possession
In the 40th minute a mistake by Luke Smith gave away possession and the ball was played out to the right wing for Lee Currie to chase. Currie did well to fend off Lee Wilson and shoot across goal to equalise. Middle Barton played with more confidence now than they had earlier but Trowbridge responded with a couple of chances before half time. Dave Mitchell heading just over the bar and Andy Bloodworth heading just wide. The half time break was just what Trowbridge needed to re-group and when the second half started it didnât take long for them to settle and pile on the pressure.

In the 50th minute a Gavin Eyre corner was scrambled away from just under the crossbar and it was from another corner eight minutes later that Trowbridge claimed the lead. A corner from the right came back out to Eyre and his cross was met by Luke Smith with a powerful header to make amends for his first half error. A minute later Andy Bloodworth, making his 100th appearance for Trowbridge made it 3-1 with a cool side foot volley past Roberto Neris the Middle Barton â keeper. Three minute later Eyre became the provider again with a superb corner that was headed home by Dave Mitchell. Middle Barton claimed their second goal from a free kick. Taken by Diogo Roona in the 71st minute, the ball was deflected by Bloodworth giving Little no chance. Trowbridge created four good chances in as many minutes as the game reached its climax. Neris making three excellent saves before Percival headed home the fifth from close range. 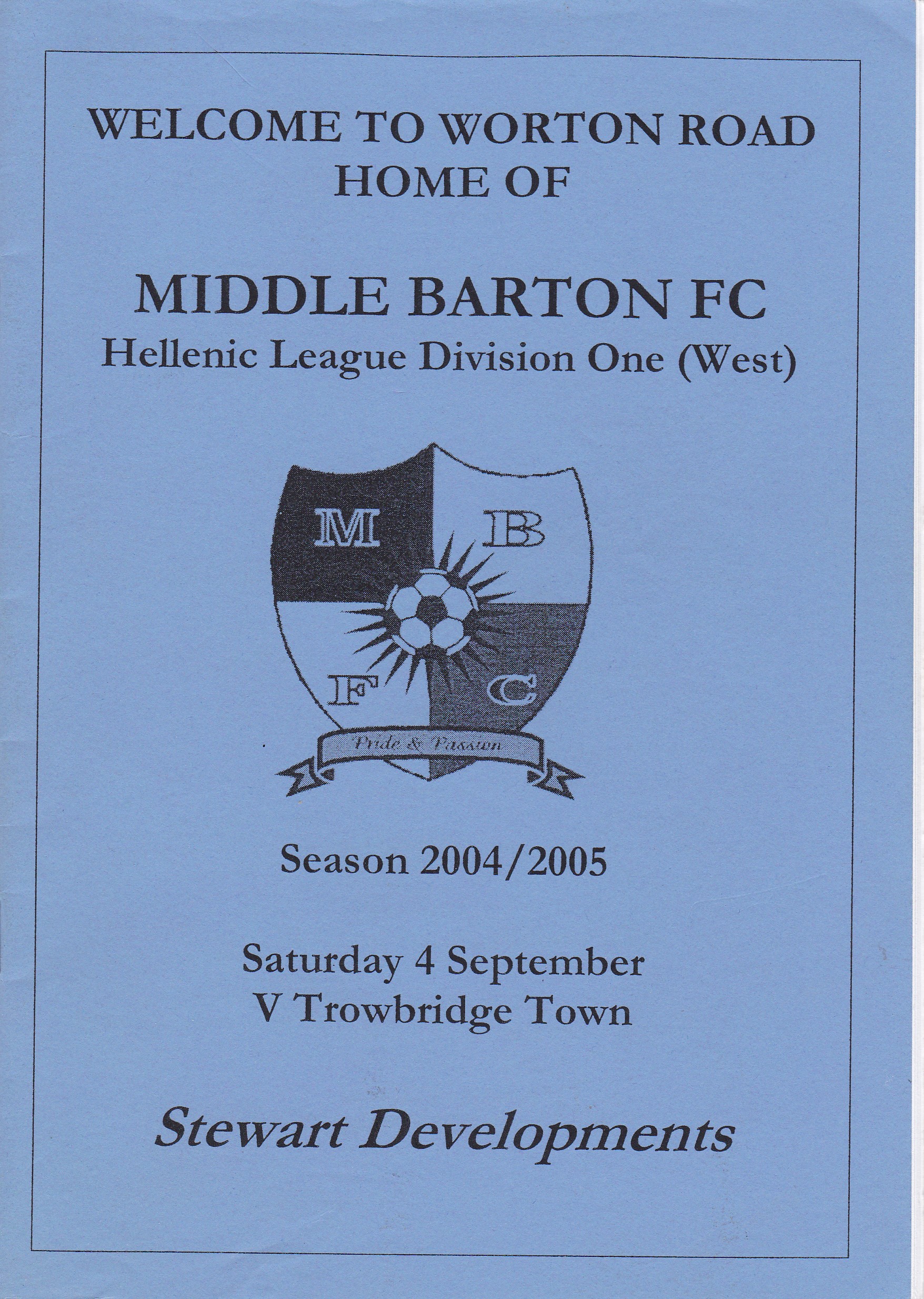