Cirencester attacked at the beginning of the first half but soon found that they needed to defend as the Trowbridge midfield and forwards piled on the pressure. Dave Percival shot wide as early as the fifth minute but it was Adam Nunn that opened the scoring after nine. A superb solo run took him past a crowd of players and as the goalkeeper advanced he confidently slotted the ball home. Six minutes later Andy Bloodworth was on the end of a Percival cross and tucked the ball in at the near post from close range. Trowbridge continued to dominate, Waleed Bakali being just beaten to the ball in the 26th minute when it looked as if he was going to head into an empty net. The best chance for Cirencester came after 33 minutes. A fine free kick by Ian McSherry that went just over the bar. Bakali shot straight at the âkeeper in the 36th minute but did better just before half time. Ricky Trott headed a free kick across goal and he was there to head home and produce a 3-0 half time score-line. With the game effectively won, the second half produced less excitement but Trowbridge dominated throughout. Matt Cooper went close in the 65th minute and Gavin Eyre headed home an Adam Nunn free kick after 74 minutes to wrap up the scoring in a very convincing victory. Once again the Trowbridge defence performed well when called upon but they were not really tested in a match that saw Trowbridge go top of the league due to the fact that Kidlington lost at home to Quarry Nomads. 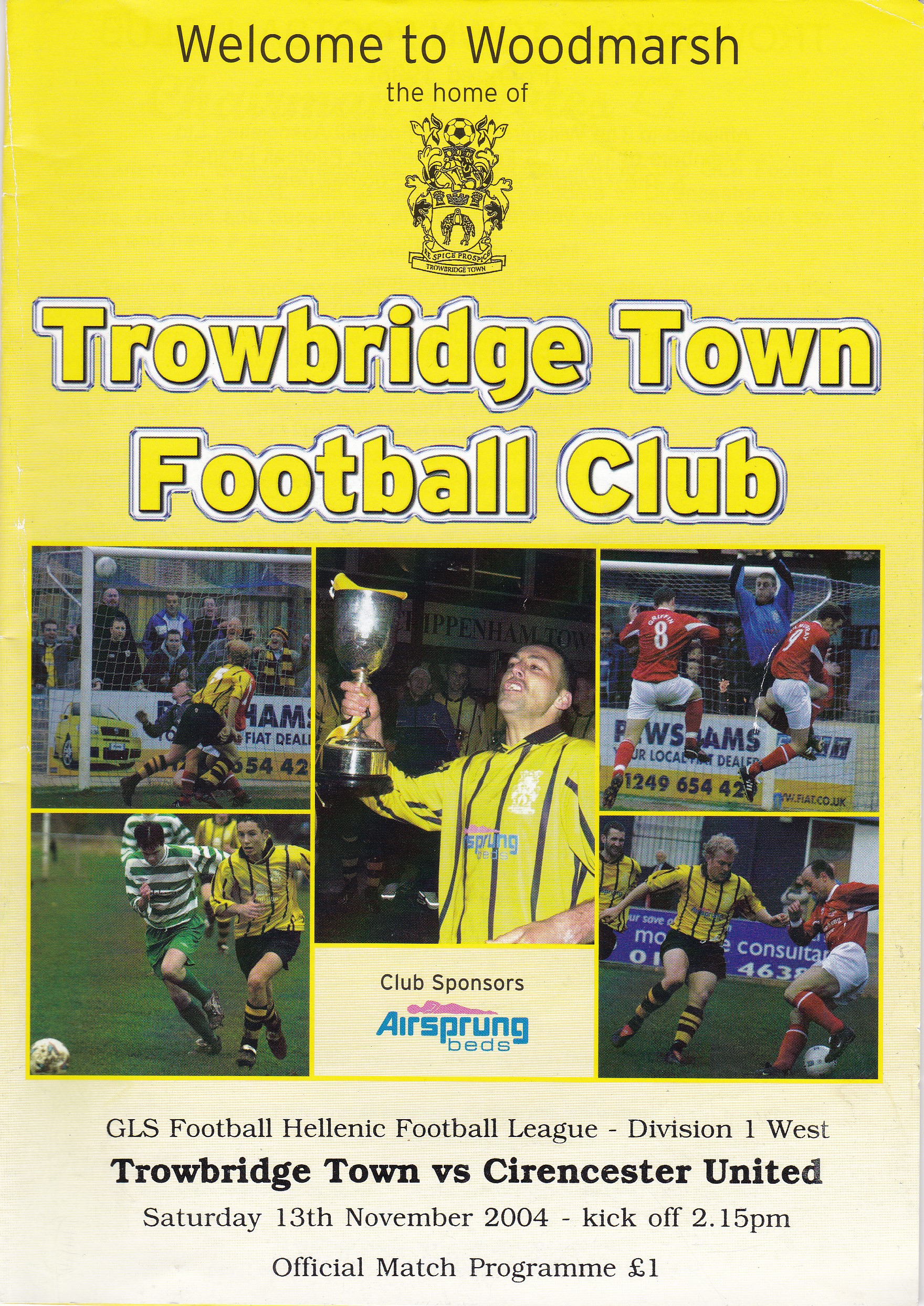