Despite the rain and sleet, two of the best teams in the League produced excellent entertainment for the supporters. The first chance fell to Michael Barnes after just five minutes but he shot wide of the left post. Trowbridge continued to attack and Waleed Bakali volleyed over the bar after 14 minutes. Both sides looked dangerous going forward and Steve Winchcombe hit a good shot on target for Shrivenham after 24 minuites but Craig Guthrie was equal to it and saved comfortably. Trowbridge then created a couple of good chances. Dave Percival shot wide after 29 minutes and the same player saw his low cross-spilled by Luke Alford, the Shrivenham âkeeper, but none of the Trowbridge forwards were close enough to follow up. Shrivenham nearly took the lead after 35 minutes. Winchcome just failing to control a cross from the right and the ball went just wide from close range. Dave Mitchell went close with a great turn and Percival had a shot deflected against the post before an exciting but goal-less first half drew to a close. The second half was equally entertaining with Trowbridge looking the more likely side to score first and Shrivenham looking dangerous on the break. The deadlock was broken with 20 minutes remaining. A brilliant run by Dave Percival down the left wing followed by a pin point cross which was met by an unstoppable header from Gavin Eyre. Shrivenham responded immediately and put pressure on the Trowbridge defence. Crag Guthrie failed to deal with a cross in the 80th minute but Gavin Eyre saved for Trowbridge with a goal-line clearance. Just when it looked as if the visitors would hold on, Dave Mitchell committed a foul on the left wing and a header by Mark Stevens from the resultant free kick looped over everyone and into the net with five minutes remaining. 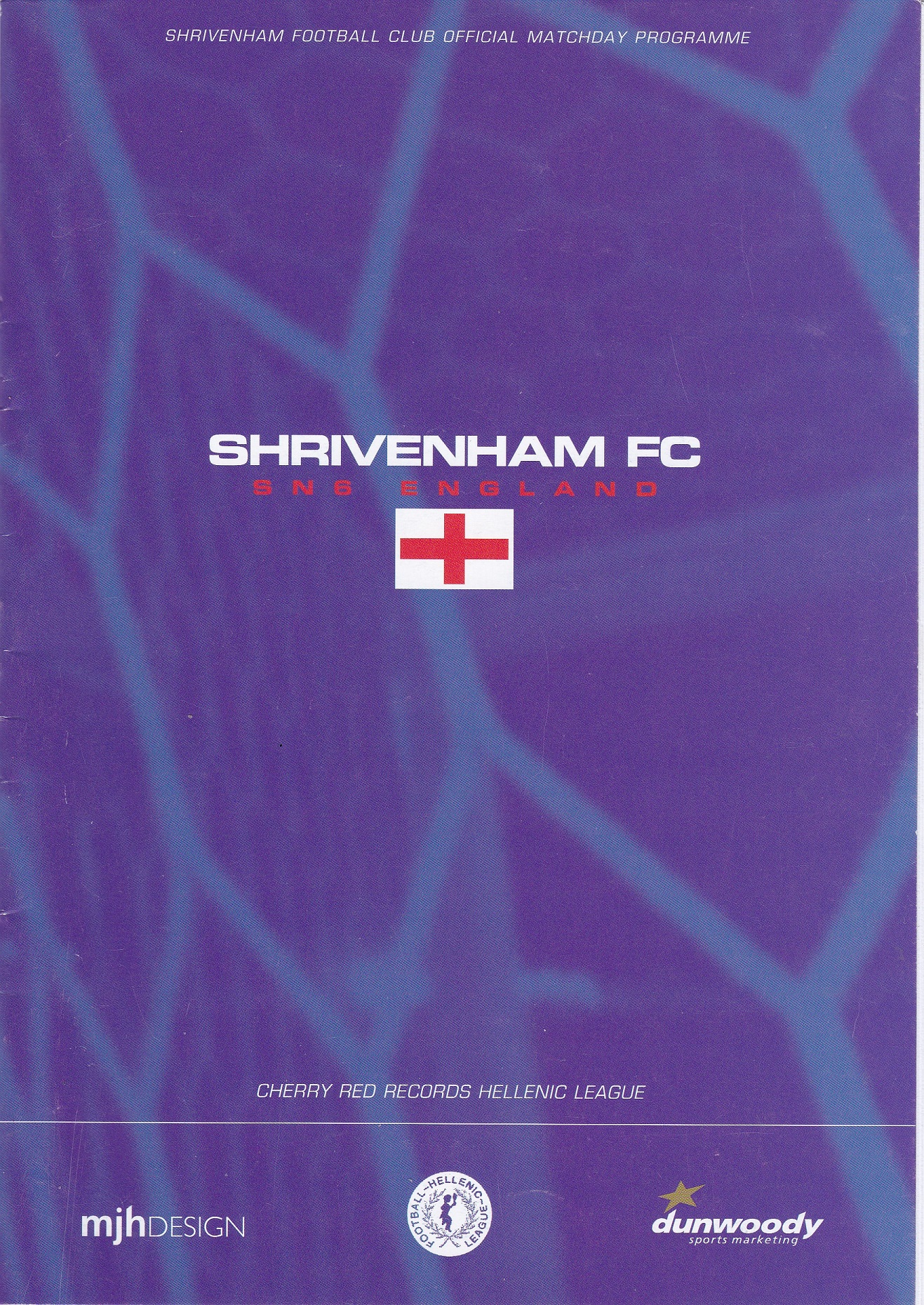