Having won 5-0 at Clanfield in a league match earlier in the season, Trowbridge were expecting to progress through to the next round of the league cup. Clanfield however, performed much better than their league form suggested and with Trowbridge not at their best the story may well have been different. In the early stages, Clanfield forced a free kick that Craig Guthrie had to tip over the bar and they continued to pressure Trowbridge until the 10th minute. Dave Percival claimed possession and shot over the bar as Martin Whawell, the Clanfield âkeeper advanced. Clanfield hit back in the 14 minute, Richard Hill being denied by the well placed Lee Wilson who seemed to have the knack of being in the right place at the right time throughout the encounter. Trowbridge then started to create a few chances; Waleed Bakali curling a shot wide after 14 minutes. It was the experience of Dave Mitchell that broke the deadlock after 21 minutes. Adam Nunn swung a free kick round the back of the Clanfield defence and Mitchell pounced on it to guide the ball past Whawell. Trowbridge settled now and Nunn & Ricky Trott both had chances to increase the lead before Bakali spun on a sixpence to rifle home a low shot into the corner in the 43rd minute and make it 2-0 at half-time. Clanfield refused to lie down and deservedly pulled a goal back in the 53rd minute. Alan Stratford scoring with a low shot from inside the penalty area. Mitchell nearly made it three for Trowbridge two minutes later with a fine lob that grazed the top of the crossbar. Clanfield pushed forward, looking for an equaliser and this gave the Trowbridge midfield and forwards more space in which to counter attack and as a result they always looked likely to add to their score as the match neared its conclusion. Adam Nunn went close with a great individual run in the 71st minute and only a fine save by Whawell denied Adam Smith from scoring in his return match in the 85th minute. The final goal that settled any nerves in the crowd was scored with a couple of minutes remaining. Matt Cooper robbed a couple of Clanfield defenders of possession and slotted the ball nicely past Whawell. Trowbridge were nowhere near their best in this cup-tie but safely progressed nevertheless. 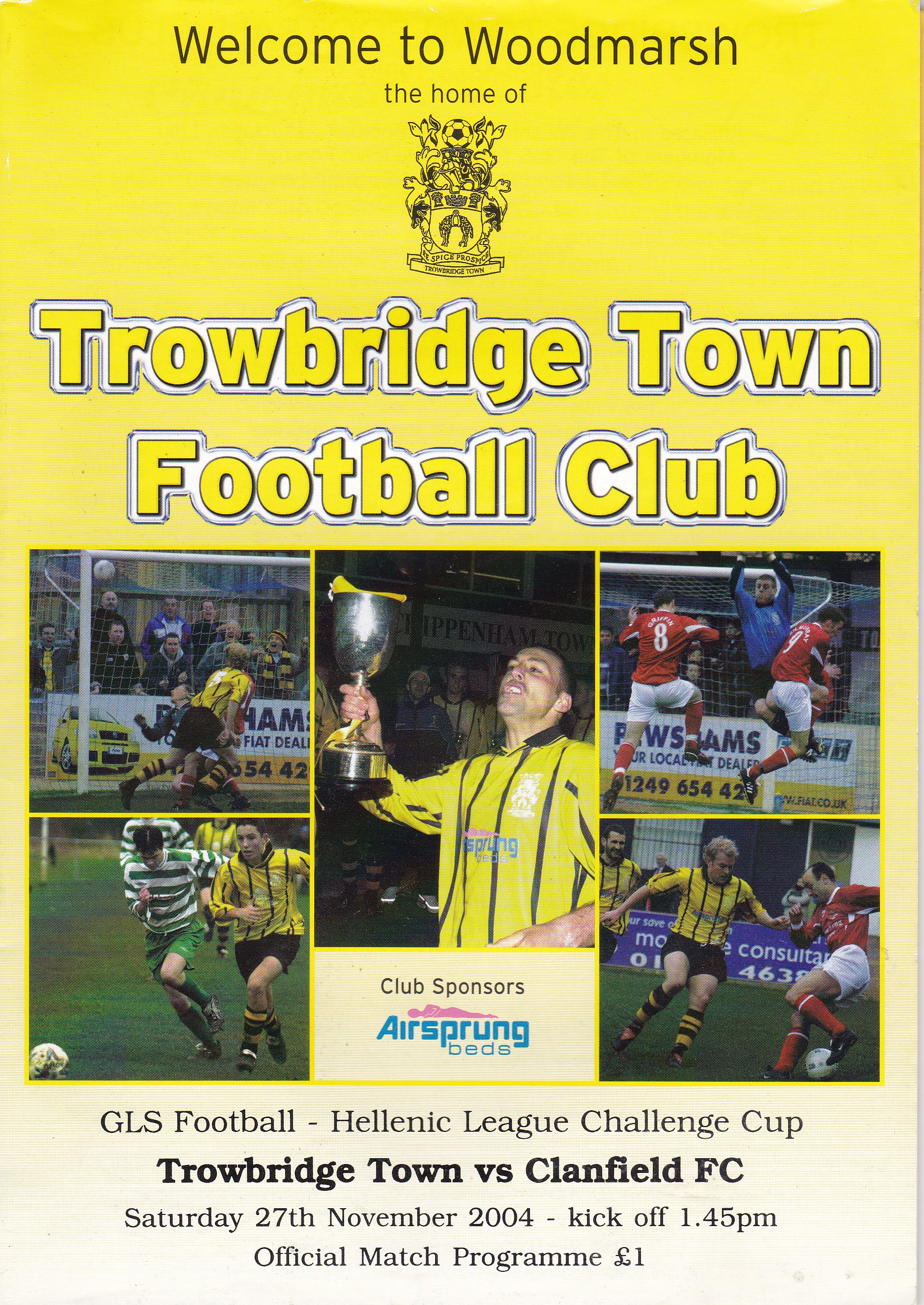