Trowbridge successfully started their defence of the Wiltshire Senior Cup by winning their first ever visit to Amesbury. The standard of football by both sides was excellent despite a quagmire of a pitch with Trowbridge bossing the tie throughout. The Trowbridge defence was boosted by the return of an old club favourite, Paul Thorpe who had a fine game ably supported by Luke Smith and Lee Wilson, both performing superbly when called upon. Amesbury attacks were few and far between though as Trowbridge moved the ball swiftly from midfield to attack. Andy Bloodworth nearly gave Trowbridge the lead in the 14th minute but Andy Jackson, the Amesbury goalkeeper, blocked his shot. Bloodworth was through again 3 minutes later but a last ditch tackle prevented a shot at goal. Waleed Bakali, who was involved in setting up Bloodworth earlier, nearly went one better himself with a 25-yard effort in the 23rd minute that struck the crossbar. In the 34th minute a great ball in from Bloodworth was headed towards goal by Dave Percival but Jackson saved brilliantly to give away a corner. The best chance for Amesbury came in the 39th minute with a header that went just wide.

In the second half, Amesbury were limited to the odd counterâattack as Trowbridge continued to create chances. A great drive by Gordon Saunderson was saved again by Jackson in the 67th minute. With 6 minutes remaining man of the match Jackson made another fine save pushing a Dave Percival shot for a corner. The winning goal came from the resultant corner and involved two 2nd half substitutes. Gavin Eyre meeting Adam Nunnâs corner with a header at the near post that scraped the underside of the crossbar on itâs way into the net. Trowbridge now meet Devizes Town away from home in the Quarter Finals. 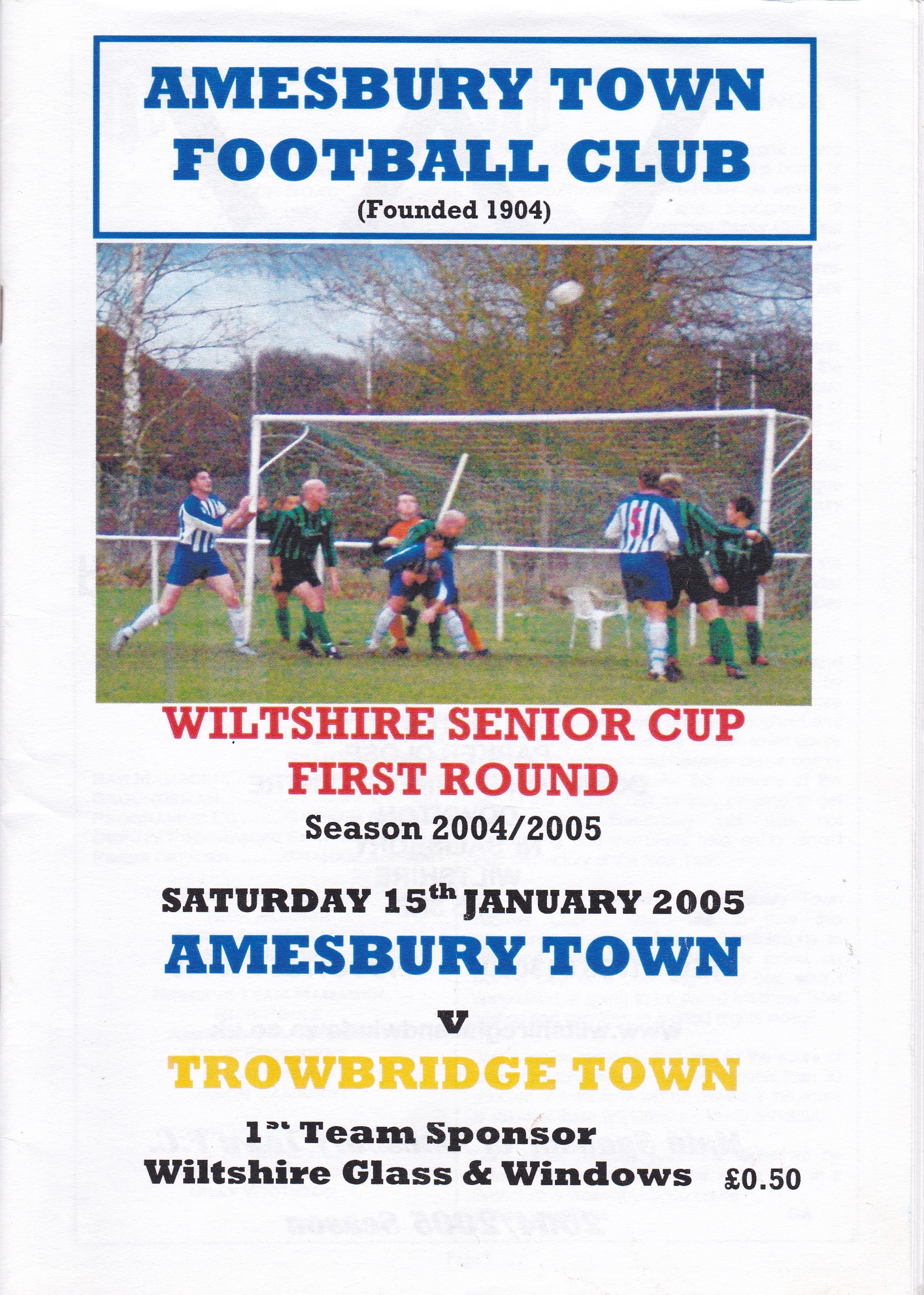