Adderbury got themselves off to a flying start on a very sticky pitch when after just 3 minutes, Dean Baker headed home a corner to give the visitors a shock lead. Most of the home supporters didnât seem too worried at the time; Adderbury lie near the foot of the table and it was very early yet. As time ticked by in the first half Trowbridge just couldnât find their form with passes going astray and very little entertaining football on show. Luke Smith had an effort cleared of the line after 20 minutes but aside from that, chances were few and far between. Adderbury were not much better but with the goal behind them, they grew in confidence and grabbed a second goal on the half hour. Barker was the scorer again, this time picking up the rebound after a corner was headed against the crossbar. The best thing for the shocked home supporters to cheer about was probably the half time whistle.

The second half was a completely different affair. Trowbridge attacked from the restart and a good cross from the right by Dave Percival was headed home by Dave Mitchell at the back post. Mitchell went close again shortly afterwards when his shot was blocked and the players and the home crowd sensed that a comeback was on. Adderbury nearly gifted Trowbridge an equaliser in the 55th minute. James Collier completely missed his kick, allowing a harmless back pass to creep past the post for a corner. Trowbridge continued to attack and deservedly equalised after 69 minutes. Dave Mitchell scoring with another fine header, this time on the end of an Adam Nunn free kick. Three minutes later, defender Steve Bryant scored the winner, powerfully heading home a corner to claim the points. 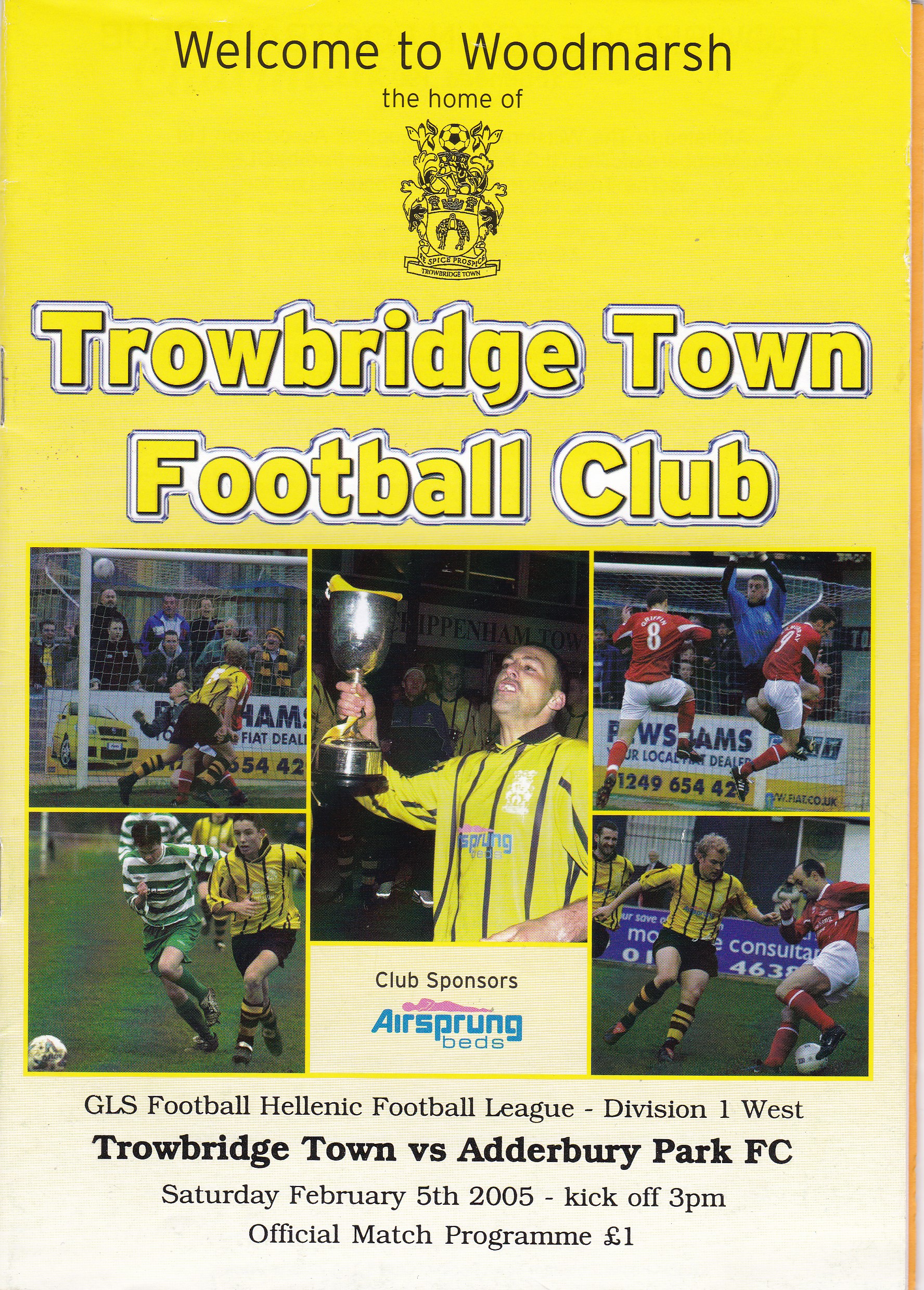