Trowbridge found themselves under a lot of pressure in the first half as Easington with the wind at their backs attacked in the early stages. They nearly took the lead after 18 minutes when the ball rebounded from a post and a second shot looked goal-bound but Lee Wilson cleared off the line. A minute later Michael Barnes struck a dipping shot for Trowbridge which went over the bar from just outside the area. The best opportunity of the first half fell to Easington just before half-time. Steve Worthington found space on the left and hit a powerful shot from 20 yards which Adam Sheppard did well to parry and push up into the air and then punch clear as the ball came back down.

In the second half, it was the home sidesâ turn to pile on the pressure with the wind at their backs but a very well organised Easington defence kept clear cut chances to a minimum. In the early stages of the second half a delicate chip by Michael Barnes hit the top of the crossbar and Adam Nunn tested the nerves of the Easington defence with some in-swinging corners one of which looked as if it was going in but was headed off the line with âkeeper Richard Meadows beaten. Meadows did well after 71 minutes though, intercepting a through ball which Ricky Trott was chasing to clear well. Despite pressure from Trowbridge, the visitors nearly stole the lead with 10 minutes remaining. Adam Daley was through on goal but Sheppard made another vital save. With three minutes remaining Adam Smith picked out Dave Percival on the left wing with a free kick and Percival went past two defenders before firing a lethal shot into the opposite side of the goal to break the deadlock and set up a frantic finish. First, Easington had a goal ruled out for offside, then as the game reached the final two minutes, Percival repeated his earlier run from the left wing but this time picked out Gavin Eyre in front of goal to force the ball home and make the game safe. 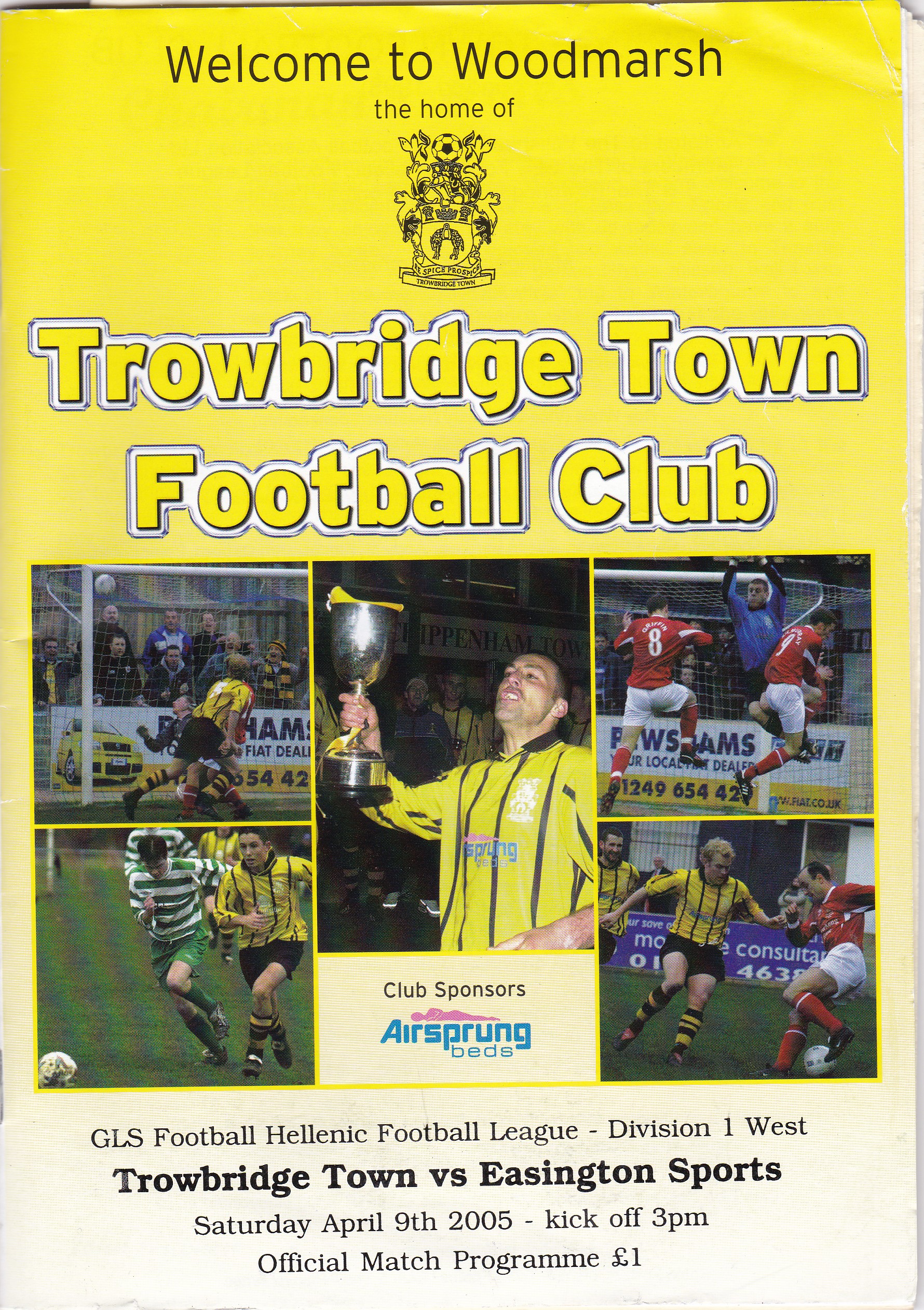