An exciting second half comeback turned this match around for Trowbridge and kept their slim Championship hopes alive. They fell behind to an Andy Mackintosh free-kick after only three minutes but soon levelled with a free-kick of their own. Adam Nunn finding the top right corner, from just outside the penalty area. Nunn could have scored just before but his shot was poor after a fine run and cut-back by Dave Percival. Trowbridge had the edge on possession but the well organised Cheltenham side claimed the lead back after 36 minutes. Mackintosh again the scorer, doing well to finish from just inside the box whilst under pressure.

Trowbridge started well in the second half but fell further behind after 58 minutes. Adam Sheppard could not hold onto a free kick and Stuart Mitchinson pounced from close range to make it 3-1.Trowbridge responded almost immediately. Matt Cooper crossed for Daniel Barnes to score with a diving header in the 61st minute and then added a second himself a minute later running through and driving in a low shot. With the score now level, Trowbridge started to dominate and an exciting last 25 minutes saw them create many goal scoring opportunities. Adam Nunn made it 4-3 in the 75th minute, pure determination forcing the ball just inside the post from about 10 yards as a defender tried to prevent the shot. Dave Mitchell, Dan Lardner and Adam Glover all came on as substitutes towards the end. Mitchell added the fifth with a header from close range after the Cheltenham goalkeeper had made a save from Percival. With two minutes remaining Mitchell set up Lardner with a square pass but his shot went over the bar. The Cheltenham goalkeeper also made a fine stop at the feet of Mitchell when he was clean through in the last minute. The final score of 5-3 was a great advert for Hellenic League football and a fine last home match of the season. 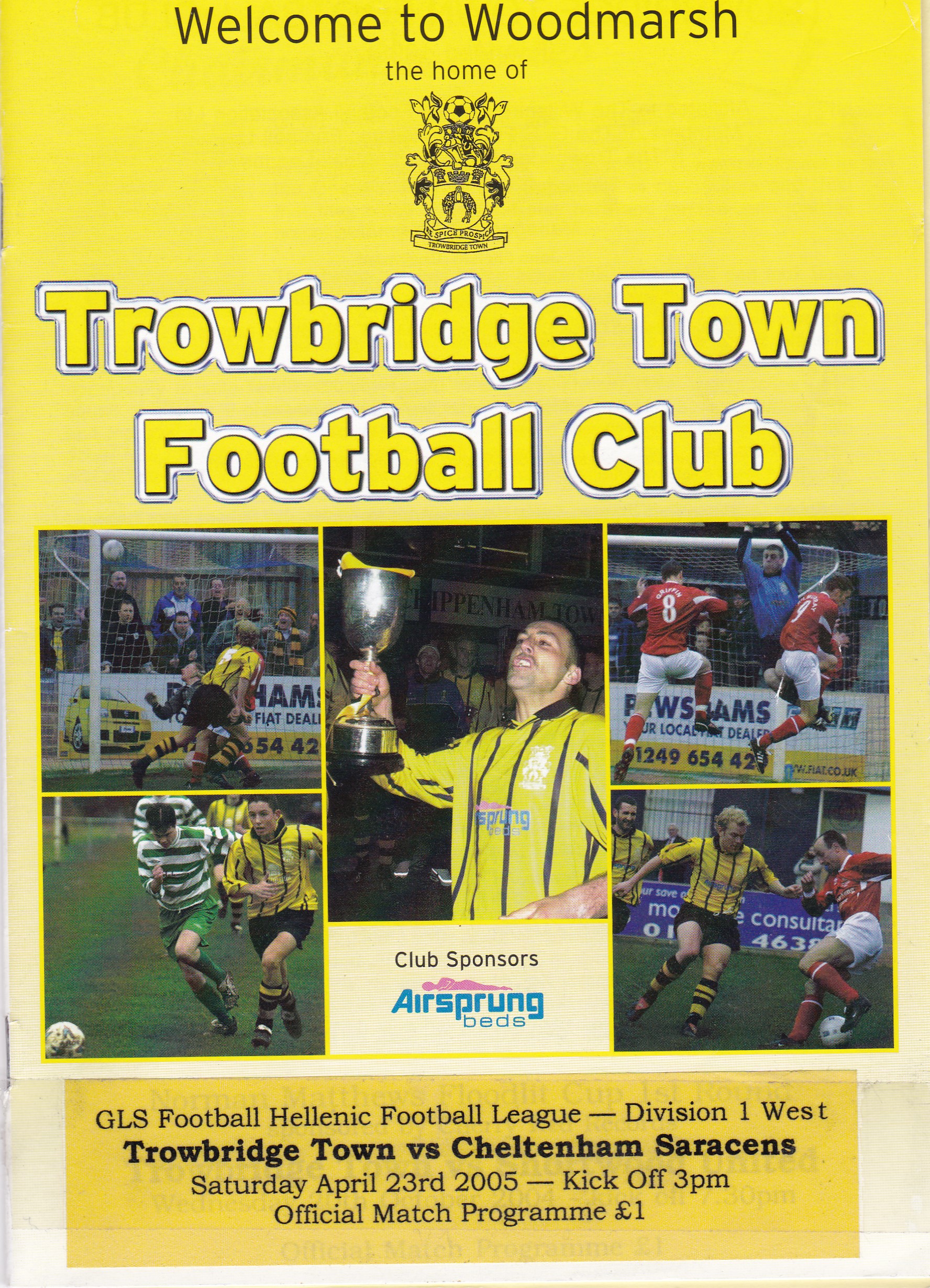